“Thoughtful, touching, funny, sad and true.” Read on for the verdict on last night’s TV. 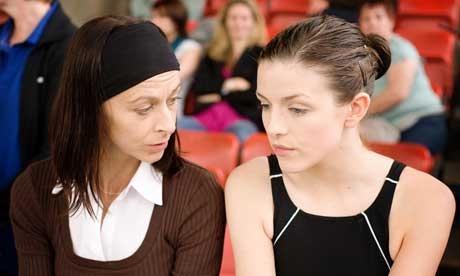 “It’s thoughtful, touching, funny, sad and true. The two lead performances, by Aisling Loftus as Lindsey and Jack O’Connell as Robert are amazing. And it looks stunning. I would give it 10, but for one thing: the tinkling piano.”
Sam Wollaston, The Guardian

“The film was, you might say, a little French: generous with the repetitive Philip Glass-like music, mean with the dialogue…Last week’s Mike Bullen pilot, Reunited, designed to grab 5 million-plus viewers crash-landed with only 3.3m. Dive may get even fewer. It is, in contrast, a genuine success.”
Andrew Billen, The Times

“Savage’s drama about the banking crisis, Freefall, felt like being jabbed in the chest by a preacher’s bony finger for an hour and a half and there’s a similar heaviness to this one…With clever plotting and top-class acting, Dive certainly makes a splash but the tone of its message leaves you rather gasping for breath.”
Matt Baylis, Daily Express