Louis Theroux: Mothers on the Edge; The Durrells 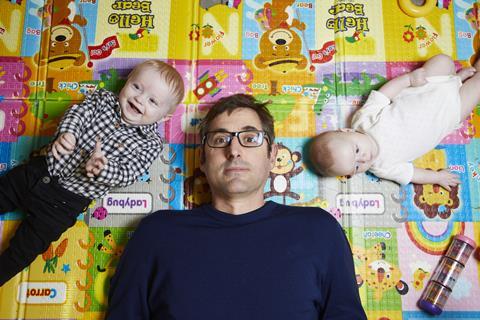 “Theroux’s access to people and his ability to draw them out, sometimes by saying nothing, is extraordinary. All of these women’s mental health crises were harrowing to watch. But to anyone viewing while going through something similar, this show may have felt like a lifeline.”
Carol Midgley, The Times

“If it seemed odd, at the outset, for Theroux to be steering a course through such complex maternal waters, he proved a sensitive, sympathetic and perceptive guide. His well-honed ability to put interviewees at ease and draw them out with blunt but emotionally on-the-mark enquiries elicited responses of extraordinary honesty in a film that, though painful to watch, was a brilliant evocation of what can go wrong when motherhood doesn’t prove as natural a role as society would have us expect.”
Gerard O’Donovan, The Telegraph

“The programme as a whole was a rare and fascinating look at a woefully underexplored and under-recognised phenomenon. But it would have been good to investigate more fully the idea that when we collectively fetishise such things as ‘rushes of love’ and ‘babymoons’ and birth as a transcendental force, we are setting women up to fail.”
Lucy Mangan, The Guardian

“Watching some of Theroux’s recent documentaries, I’d felt that he’d overdone his faux-naïve schtick, and become too prurient and judgemental. But here he was at his empathetic, unintrusive best, connecting with all the mothers’ poignant, but ultimately hopeful, stories and even doing a little bit of relief parenting.”
Jeff Robson, The i

“Aware of the need to tread gently, nothing Theroux could ask was able to uncover very much about the underlying causes of the mental illnesses. In contrast to many of his documentaries, you didn’t emerge feeling that the subject had been fully explored. The real value of the programme will be as a reassurance to thousands of troubled young mums, perhaps afraid that no one else has ever experienced such a turmoil of feelings.”
Christopher Stevens, Daily Mail

“It is always such a wrench when a much-loved, harmless piece of sun-splashed whimsy runs out of steam and gets ruthlessly wiped from the schedules. Still, The Durrells got a good send-off, with its writer Simon Nye penning an episode that gave the majority of the characters one last walk-on part.”
Gerard O’Donovan, The Telegraph

“Farewell, then, The Durrells. You were classy right up until the last aesthetically pleasing shot. You didn’t stoop to delivering the Disney happy-ever-after ending we had been set up to crave; bittersweet was so much more fitting with war approaching. It was a clever way to bow out — with uncertainty, longing, sadness, poignancy and humour.”
Carol Midgley, The Times