“Gilbert was the perfect guide – not because it’s a personal story for him, but because he’s a comedian” 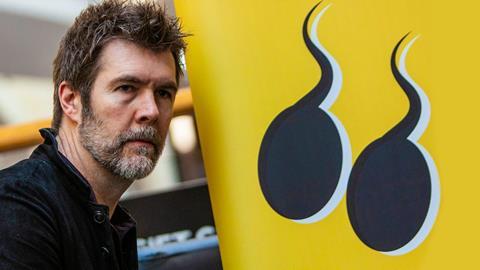 “Rhod Gilbert may have a low sperm count, but when it comes to comedic ways to describe his problem he has a super-abundance. Given that most men find it excruciating to talk about fertility issues, it is admirable that Gilbert has signed up to be poster boy, the face of awareness, for the problem that no man wants. And he uses it well, breaking down the barriers for men to talk about it with lad-bants.”
Carol Midgley, The Times

“Gilbert was the perfect guide – not because it’s a personal story for him, but because he’s a comedian. By joking about it, Gilbert was able to ease men into the subject. It helped to keep the tone of this documentary light. But it was also packed with insights.”
Anita Singh, The Telegraph

“Men don’t share problems. We don’t do empathy, instead tacitly accepting the nonsense that a real man could impregnate every ovulating woman in the Birmingham area. Gilbert has some ideas to change all that. He sets up a club in a pub’s upstairs room for men to talk about fertility issues. Big respect to the men who allowed themselves to be filmed sharing their stories.”
Stuart Jeffries, The Guardian

“There’s a touch of The Island with Bear Grylls in there, and a chip of Scrapheap Challenge, and eventually a definite smear of Lost. If it were sincere, it would be insane, but joyfully it is anything but. Don’t be fooled by the dreary lapse into Top Gear-style alpha-male drag racing in episode one, because that seems to be an aberration. Honestly, it’s delightful.”
Hugo Rifkind, The Times

“It’s a great premise, as proved by Tom Hanks’ classic movie Castaway, but if it’s a documentary-style exploration of self-sufficiency and the power of science you’re after, then you certainly won’t find it here. The entire show just felt fake. Given the possibilities of abandoning a pair of TV presenters on a deserted island, The Great Escapists is a true dud.”
Emily Baker, The i

“Keeley Hawes’ wonderfully expressive face is carrying this; she delivers even the hammy lines — and they are myriad — faultlessly. Anyway, Finding Alice improved a bit last night as Alice got angrier and (much) swearier, medicating her grief with wine and pills.”
Carol Midgley, The Times

“Comedy-drama Finding Alice is a curious concoction – quirky romcom meets mystery thriller meets meditation on grief – but miraculously Hawes, as Alice, makes it work. It might be unconventional, verging on bizarre at times, but once you tune into its heightened tone, Finding Alice grips and charms in equal measure.”
Michael Hogan, The Telegraph

“Stormborn revealed a different way of seeing, a wholly new perspective — with stunning aerial photography. No camera on a boat could have captured this drama. I was left hungry to see more footage of this sort.”
Christopher Stevens, Daily Mail