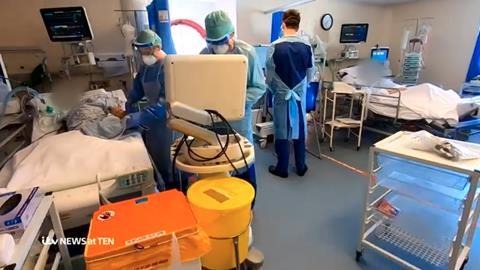 How ITV News reported the pandemic

Scoops: This film reveals the lengths ITV News has gone to cover the coronavirus pandemic

Reporting the pandemic has been described as one of the biggest challenges of our time. In recognition of the extraordinary circumstances in which crews and news teams have covered the story, ITV News put together this footage, which first went online in June.

The nature of the virus is that news moves quickly and ITV News and Current Affairs has been there for millions of viewers across the country, delivering accurate, impartial and practical information on television and digital outlets.

The virus has highlighted the role and importance of public service television and ITV News has fulfilled that role, boasting the biggest audiences and reach on commercial television in the process.