“Confirmation that Vanessa Engle is the most important and original documentary maker working in British television today.” 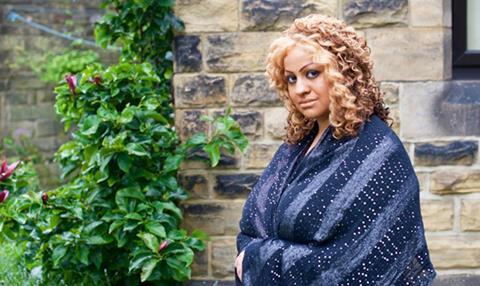 The Cult Next Door, BBC2

“The Cult Next Door was many things – an evocative history of dissent, a poignant study of lives lost in a bizarre parallel world and a warning to us all that we should not let suspicious behaviour go unreported. Above all, it was confirmation that Vanessa Engle is the most important and original documentary maker working in British television today.”
Ben Lawrence, The Telegraph

“Engle’s trick of dropping eerie, wordless shots into the film, of cobwebs or swirls of starlings, can sometimes grate. It is too mannered. But this was an intriguingly weird tale.”
Christopher Stevens, Daily Mail

“Engle was good, as she always is, at gaining the confidence of Kaite and Aisha. The interviews were uncomfortable at times but necessary, reminding us that this wasn’t actually a weird story, just a very sad one.”
Matt Baylis, Daily Express

“The documentary adds a lot more to what we already know, helps us to understand how this could have happened. Engle is excellent – gently gaining the women’s trust, while probing and being thorough.”
Sam Wollaston, The Guardian

“Vanessa Engle’s extraordinary documentary on the leader of one of the world’s smallest cults might have carried the caution that it could cause hilarity. Yet as the documentary progressed, the outrage of these cruelly abused lives became ever less amusing.”
Andrew Billen, The Times

“Fortitude gives off the feeling that it doesn’t know what it’s about or what’s going on or where it’s going, so what hope is there for the rest of us? I think it’s mainly about the creation of a chilling, killing atmosphere. Quite good fun, but utterly bonkers.”
Sam Wollaston, The Guardian

“For better or worse, this is one of the most gleefully bizarre big budget shows around. As a drama, it’s all over the place. But as a stylistic experience, Fortitude remains fascinating.”
Mark Butler, The i

“Even though there was a slight wasp recrudescence, a flashback to the shooting of an indestructible explorer in the 1940s and a headless corpse, the debut of series two was less ridiculous than its predecessor. The theme of a community bounded and tested by an unstable environment even began to get to me, a little.”
Andrew Billen, The Times

“This wasn’t a history lesson, it was a history confusion. All these conflicting stories left us uncertain of what was fact and what was flannel.”
Christopher Stevens, Daily Mail

“Toothsome stuff but resting on the assumption that anyone believed the stories in their textbooks were true in the first place.”
Matt Baylis, Daily Express