The Third Day; Flying for Britain with David Jason; Criminal

“This folk-horror puzzler is like watching a video game being played out.” 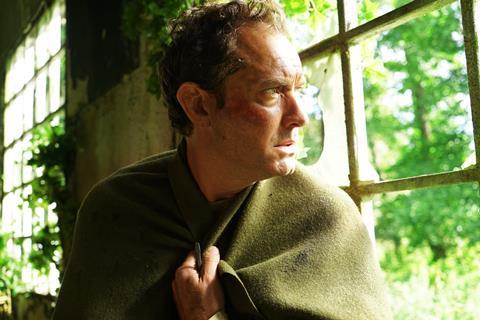 “We may not have seen quite this before – and probably not as stylishly – but we have seen a lot of very similar things. If your tolerance for hooded figures, landladies who look deep into guests’ eyes and make gnomic pronouncements about grief, and a slight but persistent unearned air of cleverness is higher than mine, you will doubtless enjoy. I, however, am heading back to the mainland.”
Lucy Mangan, The Guardian

“This folk-horror puzzler is like watching a video game being played out. There is no dramatic irony; you are finding out whatever awfulness is round the corner at the same time as the patsy of a hero. The nightmare will spiral into gripping madness even as you wonder if you’re being fed TV’s most ambitious shaggy-dog story yet.”
James Jackson, The Times

“There is an obvious debt here to The Wicker Man, and in its strangeness it reminded me of another Sky series, Fortitude. The camerawork is woozy, the sound is disorientating, and we are presented throughout with close-ups of Law’s face… but on the basis of this intriguing episode I’d say it’s worth a look.”
Anita Singh, The Telegraph

“As well as marvelling at the beauty of the planes and the skill of the pilots and engineers, it was wonderful to see the genuine enthusiasm of David, a pilot and plane enthusiast.”
Claudia Connell, Daily Mail

“It is incumbent on any documentary touching upon the Battle of Britain to offer something new and, while Flying for Britain with David Jason was sincere and dignified, it never really took off. Contributions from the veterans offered the most compelling insights. Otherwise, there was an array of heartfelt but familiar tributes, self-conscious slo-mo and flying demonstrations that left Jason, at least, marvelling.”
Gabriel Tate, The i