TV Critics: Are You Having a Laugh?; Facing Extinction; Pompeii; Parks and Recreation

“Ann Widdecombe was on thin ice hypocrisy-wise in this blinkered and naive film.” Read on for the verdict on last night’s TV. 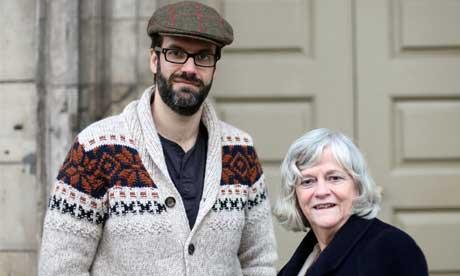 Are You Having a Laugh? Comedy and Christianity, BBC4

“For a woman who spent a large part of 2012 complaining that free speech was under threat by gay marriage, Ann Widdecombe was on thin ice hypocrisy-wise in this blinkered and naive film. But look on the bright side of life, Ann, at least you can turn these shows off. As, one imagines, many did last night.”

Will Dean, The Independent

“To any non-believer, Widdecombe’s emotions were astonishing. Her central assertion – that mockery of a wafer (whether transubstantiated or not) is as hurtful as mocking the recently bereaved – deserved, at the very least, careful scrutiny. But scrutiny came there none. Widdecombe’s thesis was also undermined by the sheer age of much of the comedy she discussed. The Goodness Gracious Me sketch is 13 years old, and she spent quite a while discussing Monty Python’s Life of Brian… Most importantly, Widdecombe failed to suggest any remedy for the anti-Christian bias she perceives.”
Neil Midgeley, The Telegraph

“As Ann Widdecombe went on a crusade against comedians who found Christ fair game for their jokes, I expected those on both sides of the debate to hold equally unbudgeable beliefs. But within its clip-soaked walls, ground was given… One thing: why condemn this rich and topical seam to 11.05pm? This was a film that dared to poke its head a little above the parapet – and scheduling that certainly didn’t.”
Alex Hardy, The Times

“‘The earth zips round the solar system, and there is no one at the controls,’ said Pratchett, who has a knack for delivering the darkly inarguable in a way that still makes you smile. This was, of course, a ‘journey’ as well as a journey: an examination of the presenter’s own fragile claim on existence, one that might have been terribly self-serving in anyone else’s hands. But Pratchett is always prepared to be amused… and he displays deeper reserves of patience than even saintly Rob [Pratchett’s long-standing assistant] can manage.”
Tim Dowling, The Guardian

“Just as there are so many layers to his novels, so there were to this documentary. It was about conservation – of orang-utans, of humanity, of an individual. It was a meditation: ‘When you know you’re dying, how do you live your life?’ asked Pratchett. He presented the answer in a film that was also a tale of triumph over adversity.”
Alex Hardy, The Times

“Pratchett wanted to see what future these beautiful relatives of ours have in a corner of the world increasingly being chewed up to feed Western industries. The result was a film both stirring and saddening.”
Matt Baylis, Daily Express

Pompeii: The Mystery of The People Frozen in Time, BBC1

“The mystery presenter Margaret Mountford had in mind was, I fear, a bit specific: the mystery of why Pompeii’s mummified citizens were left frozen ‘in these strange positions’. I was more mystified as to why the lemon-lipped woman from The Apprentice was fronting a documentary about Pompeii.”
Tim Dowling, The Guardian

“Mountford is an intelligent woman, with a mischievous sense of humour, but was often confined to bouts of plain exposition and interrogation. Like those frozen corpses, that outcome was hard to explain.”
Neil Midgeley, The Telegraph

“Mountford did a Herculean job of presenting a programme on a subject for which she clearly does have a passion… Unfortunately, wherever there are bones there’s someone claiming they can use cutting-edge forensic imaging technology to put a face to them. For me, the whole point of the Pompeii remains is how lifelike they are already. No amount of artistry or computer wizardry could add to that, only take it away.”
Matt Baylis, Daily Express

“A week after series one finished, we’re straight into the 24-part second series and it’s becoming clear why the show is so revered. Tonight’s first episode saw Leslie Knope – Amy Poehler’s Mr Smith in a world of Francis Urquharts – accidentally become a local gay icon when the two penguins she ‘marries’ in a PR stunt for the local zoo turn out to be gay. And prove so in front of a crowd of children… It’s a nice take on the wider political discourse in the US and would be funnier were it not for the fact that right-wing fury over two gay penguins marrying sounds like an all-too-real Fox News story.”
Will Dean, The Independent