TV Critics: Blinging Up Baby; The Dog Factory; The Detectives; No Offence

“Finger-pointing snobbery dressed up as entertainment.” 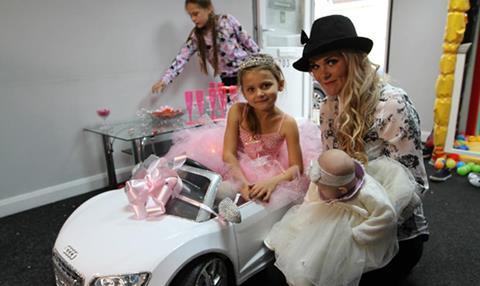 Blinging Up Baby: You Won’t Believe It!, Channel 5

“We all know this genre of telly – finger-pointing snobbery dressed (or blinged) up as entertainment. Very few people are going to agree that forcing oversized diamante earrings on a toddler or letting a six-year loose on fake nail glue is a good idea and the production company knows it – and milks it.”
Sally Newall, The Independent

“Blinging Up Baby showed today’s X Factor culture is so dazzling and addictive that parents are forcing their children to behave like starlets from the time they can walk. Their only hope is that, a few years from now, they’ll succumb to typical teenage rebellion — and refuse to wear anything but dungarees and wellingtons.”
Christopher Stevens, Daily Mail

“Sam Poling’s commentary to camera was sometimes laboured: she is an old-school journalist, not a slick presenter. But the show did its job. No one who saw it could ever be tempted to buy a dog from a dodgy dealer in future.”
Christopher Stevens, Daily Mail

“Sam Poling’s fascinating film showed trafficking is big business and dog owners must wise-up. Unlike some other undercover films (like those fronted by a certain follicly-challenged former soap star) her motivation was to expose wrongs and try and instigate change in the pet industry, not to put herself at the centre.”
Sally Newall, The Independent

“James Newton’s remarkably intimate three-part account of the Ray Teret investigation concluded with the jury’s verdict. It was hard to feel anything but admiration for the victims.”
Andrew Billen, The Times

“It was a finely judged and unsensationalist record of just one of the ugly, gnarled branches of Operation Yewtree.”
Lucy Mangan, The Guardian

“The episode is a riot and flashes by so brightly and at such speed that the closing moments bring you to a halt so suddenly you fear whiplash.”
Lucy Mangan, The Guardian