“There’s an authenticity to it that I don’t think I’ve ever seen in drama before.” Read on for the verdict on last night’s TV. 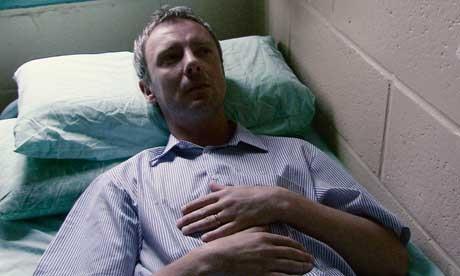 “Winterbottom made Everyday over five years, with four real siblings with no acting experience as the children. It’s an extraordinarily bold thing to do, with extraordinary results. There’s an authenticity to it that I don’t think I’ve ever seen in drama before. Nor do I think I’ve ever felt so involved with a screen family. It feels more like observational documentary… [John] Simm and [Shirley] Henderson are both excellent: they have a chemistry, and an awkwardness, that comes from absence. But it’s the kids who make this into something so real and so powerful.”
Sam Wollaston, The Guardian

“The way in which Everyday was made inevitably shaped the sense that you were watching real lives in front of the lens.… There were fine moments of documentary observation and performances of unforced naturalness from all the children. But there was also an odd sense of missing emotional connections. I think it may have been to the drama’s credit.”
Tom Sutcliffe, The Independent

“The bare approach worked partly because the basics were so right: the rumbling set-up, sharp cinematography and a cracking cast… The big skies of Norfolk were the perfect complement, rolling on and on, like life, sometimes pretty, occasionally angry… In a TV world where, so often, we complain that dramas are too far-fetched, it’s great to see the elastic being pinged back for once.”
Alex Hardy, The Times

“A dreary film, heavy on the messages and devoid of any nod towards entertainment… If the intention was to show us how dull it is being in prison, how dreary and endless it must seem for those taking strings of buses and trains to visit the incarcerated in their various correctional facilities, then full marks. We got that. We not only got it, in fact, but felt as if we’d been sentenced ourselves.”
Matt Baylis, Daily Express