“It sped by in a riot of colour, action and deep moral duplicity.” 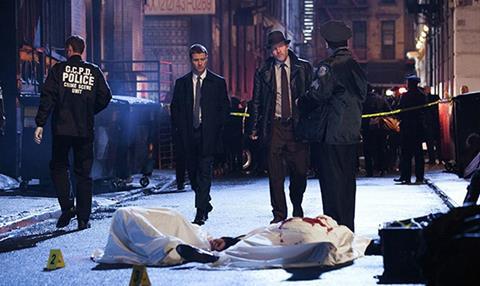 “British scriptwriter Bruno Heller, whose Gotham takes the people and stories of Batman, published by DC comics, and turns them into cracking good crime drama.”
Matt Baylis, The Daily Express

“Part of the fun was trying to figure out who was who (other tantalising glimpses flagged up characters who may or may not become Catwoman, Poison Ivy and the Riddler) and separating them from vivid new creations for the series like the glamorously vicious club owner Fish Mooney (Jada Pinkett Smith). So much so that an hour which might otherwise have been bogged down in exposition and contextualising sped by in a riot of colour, action and deep moral duplicity.”
Gerard O’Donovan, The Telegraph

“How much you enjoy Gotham, the latest incarnation of Batman’s origin story, depends on your appetite for two things. One, canonical tweaking (yes, Trekkies, Whovians, fans of Battlestar Galactica and especially the man who combines all three in one porcine, husbandly form and lives with me, I’m looking at you); and two, series that sit delicately balanced on the knife-edge between simple second-tier programming and first-class trash.”
Lucy Mangan, The Guardian

“About that city… As the title suggests, not only has the young Batman been relegated to a supporting role, but even the detectives play second fiddle to Gotham itself. We’re already familiar with this mean metropolis, where the sun never rises, let alone shines, but now production designer Doug Kraner has filled out its dark corners to create a living, breathing city that you feel you could almost step inside.”
Ellen E Jones, The Independent

“I liked the fact that the cartoon feel was preserved in the violence here…But much of the action felt stiff. This series has a long way to go yet to earn the affection poured on its film and TV relatives.”
Alex Hardy, The Times

“Grantchester is handsome, and soapy, as Chambers and his sad eyes drawn to one murder –mystery after the next. Its camera work fuzzes in and out of soft focus, like we’re being vaporised with the next plot point, while the dialogue makes the heavier fist of it, full as it is with loaded lines about “the human heart”.
Alex Hardy, The Times