“This is a fabulous episode, jam-packed with thrills and promise for the series.” 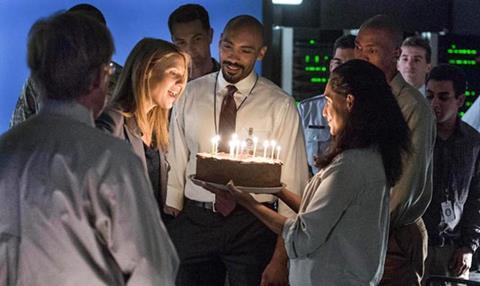 “This is a fabulous episode, jam-packed with thrills and promise for the series. If in seasons two and three Homeland occasionally lost direction and momentum, it’s back with renewed purpose. And a bang.”
Sam Wollaston, The Guardian

“Watching this series can feel like being stuck in a rocky marriage. It’s possible that new character Aayan Ibrahim might develop into something interesting, but it’s doubtful whether that’s enough to stop the show’s steady descent into a CIA-themed soap opera.”
Ellen E Jones, The Independent

“Zealots and conspiracy theorists may have been gnashing their teeth that Brody (Damian Lewis) is yet to be miraculously resurrected like a battered, ginger Sherlock Holmes, but for the rest of us, his death has given Homeland a new lease of life.”
Ceri Radford, The Telegraph

“Brody was a compulsive creation, and during his absences last season, the show’s energy fell alarmingly. The silver lining to his absence is there is no sulky daughter to trouble us. Homeland’s reinvention as a story far from home might work out.”
Andrew Billen, The Times

“The drone strike hit a wedding, Pakistan went into meltdown and the CIA station chief was lynched. Only a spy would find that exciting, maybe a TV audience too. It’s certainly a welcome change from the dreary repetitions of the last series.”
Matt Baylis, Daily Express

“Most sequels simply rework their original theme. But Homeland Mk2 has done something much more clever. This time there is no traitor, no double-cross – Carrie has stumbled into a nightmare of moral ambiguities just by doing her clear duty. To all intents, this was a different Homeland.”
Christopher Stevens, Daily Mail

“Downton Abbey is still keeping our interest, but it does need to hurry up and get on with it.”
Sally Newell, The Independent

“Despite the odd grating moment of déjà vu, there was plenty to enjoy in the episode, not least the prickly friendship between Isobel Crawley and the Dowager Countess. And with love rival Charles Blake back on the scene to comfort Lady Mary, there’s hope for a lively jog towards the series’ finishing line.”
Ceri Radford, The Telegraph

“Less kind critics might suggest this new crime drama was born after some Aussies watched every Danish boxset from The Killing to Borgen to The Bridge and thought they could do better. By rights it should be a load of old wombats and at times it is. Somehow though, The Code manages to catch the eye.”
Matt Baylis, Daily Express

“The Code is not Top of the Lake and it is not Edge of Darkness. It is a kind of reassuring mix of them both.”
Andrew Billen, The Times