“His conclusion was as predictable as a vegan menu.” 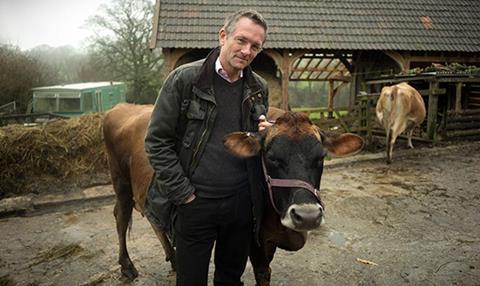 “There is so much contradictory evidence surrounding what we eat that the only sane response is to ignore it all. This documentary made that easier, by including long segments of exceptionally dull footage — Dr Mike getting into his car, Dr Mike driving, Dr Mike parking.”
Christopher Stevens, Daily Mail

“If Horizon: Should I Eat Meat? taught me anything, it was the importance of a balanced diet. Just as not every drama should be The Honourable Woman for the sake of one’s nerves and cerebral endurance, too much meat means big trouble for the insides. I learnt this not thanks to regular ingestion of alarmist tabloid headlines, but instead through the dauntless gonzo research of Dr Michael Mosley.”
Gabriel Tate, The Times

“Mosley is an entertaining presenter, and he expertly wove scientific facts and research results into his personal experience. But his conclusion was as predictable as a vegan menu. Eating a lot of red meat, and especially processed meat (such as bacon), is unhealthy.”
Terry Ramsey, The Telegraph

“One of the pleasures of Mosley’s films has always been his reluctance to oversimplify the science but, in this instance, it worked against him. The film ended up being a messy sprawl with no coherent message other than: ‘eating red meat in moderation probably does you no harm’.”
John Crace, The Guardian

“This time, the Unsolved Crime and Open Case Squad stayed on their own doorstep, with a storyline that highlighted the gulf between cynical Gerry and brainy idealist Danny, played by Nicholas Lyndhurst with a plumstone in his mouth.”
Christopher Stevens, Daily Mail

“The only remarkable thing about New Tricks is its ratings: many millions tune in for this venerable policier, repeats included. “A lot of things have changed round ’ere,” mused Gerry Standing (Dennis Waterman — 90 episodes and counting) last night.”
Gabriel Tate, The Times

“Too often in past series, it has been possible to work out most of the plot from the opening sequences; Monday’s story, involving a robbery, a death, a long-lost stash of Henry VIII’s artefacts and urban regeneration, was not only almost plausible, but also even had a genuinely surprising twist at the end. I never thought I’d write this, but New Tricks finally has a new trick. It’s made an effort.”
John Crace, The Guardian

“A sorry showing on home soil. But that won’t put off the fans.”
Terry Ramsey, The Telegraph

“It wasn’t until the end of My Online Bride that I realised I had been watching with my mouth agape. We all know that there are certain British men who – with the aid of British quids – get their sexual kicks in Asia or Eastern Europe. But this programme lifted the lid on the industry. And it was flabbergasting.”
Jake Wallis Simons, The Telegraph