“This did have some top-drawer footage, but it will not have Sir David looking over his shoulder. 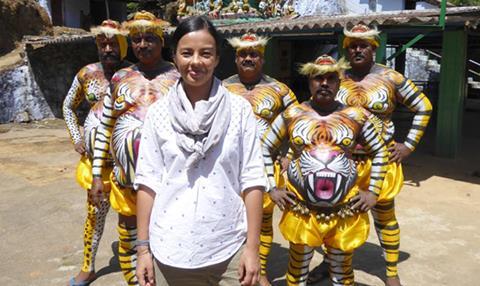 “India: Nature’s Wonderland was trying to highlight an alternative view of the country as one of the most biodiverse places on earth. There were, along the way, some spectacular sights.”
Tim Dowling, The Guardian

“Of the three presenters, and only Liz Bonnin was up to Attenborough’s standards. She was breathless as she watched the birds in the rainforest; her enthusiasm and passion enhanced the picture, rather than distracted from it. Presenters aside, this did have some top-drawer footage, but it will not have Sir David looking over his shoulder.”
Sally Newall, The Independent

“India: Nature’s Wonderland would have been terrific on CBBC. On BBC2, it looked as juvenile as that ‘wonderland’. It felt as if the trio had invited us round to watch their holiday video. This was a long and surprisingly uninformative watch.”
Andrew Billen, The Times

“Despite being back for what feels like their 100th series, the lads’ enthusiasm for meaty offerings, combined with their blokey bonhomie, won me round in their latest cooking show/travelogue mash-up. Their creations were declared delicious by the locals and I was left hankering after a shot of bison grass vodka to toast their success.”
Sally Newall, The Independent

“Dave and Si don’t visit foreign lands to sample other people’s cooking. They like to do it themselves. You get the feeling they learned their culinary skills by copying fancy foreign food they had tried on their holidays, coming back from Mediterranean package tours in the Eighties determined to master paella and pizza at home.”
Christopher Stevens, Daily Mail

I Want That Wedding!, Channel 5

“Although the viewer was clearly being invited to judge every pointless overspend, lapse of taste and act of madness, there was no malice in the programme and all the couples still seem happy together. It also proved a fascinating insight into modern wedding etiquette.”
Tim Dowling, The Guardian

“Last week’s leisurely opener set the series off to a slow start, and it’s getting slower. School documentaries should be lively, boisterous and fast-moving: this one is so ponderous, it might as well be filmed in slow-motion.”
Christopher Stevens, Daily Mail

“Alex Polizzi couldn’t really have picked a better subject with which to start. The premise of the show has always been an entertaining one but what made it work so well last night was the personalities involved. My one and only complaint is that Alex does seem to use the f-word too much.”
Virginia Blackburn, Daily Express