“For once in an historical documentary, the re-enactments felt right.” 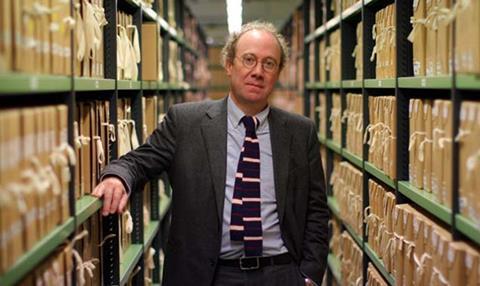 “It was a story hard to tell badly, but for once in an historical documentary, the re-enactments felt right. The film’s gimmicks were witty even when unnecessary.”
Andrew Billen, The Times

“It’s hard not to relish the writer-presenter’s eye for detail. All richly enjoyable and I hope, giving more people a taste for Ben Macintyre’s printed works.”
Matt Baylis, Daily Express

” MacIntyre’s most original contribution was to bring Nicholas Elliott into the foreground, where he already seems like a properly tragic dupe. Fortunately, he does the more familiar stuff well too, with plenty of terrific set-pieces to accompany those telling details.”
James Walton, The Telegraph

“Macintyre’s narrative was precise enough that even seeing three versions of him dissembling a vividly complicated spot of counterintelligence skulduggery wasn’t enough to throw you from what was going on. His taut, succinct dialogue did the work of several paragraphs.”
Ellen E Jones, The Independent

“Macintyre was trying too hard to inject fresh excitement into a well-known story. His research has been meticulous, and he is able to  convey a deeper psychological understanding of Philby than we have seen before. Instead of all the gimmicks, he should have trusted the tale to do its job.”
Christopher Stevens, Daily Mail

“I know Ben Macintyre. Not well, just a little, he’s a friend of a friend. After watching the first part of this very entertaining untangling of the double agent’s career, I’m wondering if I even know him a little.”
Sam Wollaston, The Guardian

“To help us understand what it feels like to be really cold — McGavin had to strip down to his underpants and stand in the snow. It’s a certainty the film crew were taking bets on how far they could persuade him to strip off. You don’t see David Attenborough in his Y-fronts in a blizzard.”
Christopher Stevens, DailyMail

“The message from episode one was that there may be 400 species, and you can divide us into monkey, lemurs and apes, but we primates are simply the tops. The documentary was a hymn to species loyalty and the Oxford University zoologist and One Show pundit McGavin would do anything to show his kinship.”
Andrew Billen, The Times

“This is not one giant holiday for McGavin but an attempt to show the stunning variety of primates and how they’ve adapted to their niches. My favourites were the macaques that plague Indian towns: daring, inventive and faces like hoodlums.”
Matt Baylis, Daily Express

Invasion of the Job Snatchers, BBC3

“I’m cross with Tony Hall for axing the one channel that does stuff like this. Even if it is manufactured for conflict and entertainment, it really says something about the widening generation canyon, and about a lot of young people today, their laziness, rudeness, and sense of entitlement.”
Sam Wollaston, The Guardian

“For those of us who essentially like the Beeb, this kind of stuff is horribly, and at times depressingly, plausible. Yet even those who don’t should surely realise that W1A, as well as being funny, represents a quietly angry fightback against the forces of darkness.”
James Walton, The Telegraph