“What fabulous, amazing television. We should count ourselves very lucky to be able to see it.” 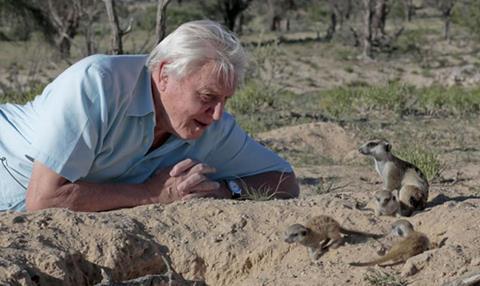 “Just when you thought this epic new wildlife production was going to be blander than a Blue Peter trip to a cotton wool factory – came the goslings. And a sequence so brutally Darwinian it needed a parental advisory warning and counselling hotline for the sensitive.”
Michael Pilgrim, The Telegraph

“It’s terrible and terrifying and mesmerising, and so very very sad. Nature I know, but nature can be such an ass, and God a mean bastard. It’s the base-jumping goslings that people are going to be talking and oh-my-Godding about this morning.”
Sam Wollaston, The Guardian

“The picture was utterly immersive. It felt real, as though we were disembodied and floating in the air. And the detail was beyond imagination. What fabulous, amazing television. We should count ourselves very lucky to be able to see it.”
Christopher Stevens, Daily Mail

“You cannot fault the execution of this programme, the art with which it divvies up its hour between the suspense, sentimentality, comedy and wonder. We should not mistake it either for serious natural history.”
Andrew Billen, The Times

“I’m not entirely sure what this one’s unique selling point is. Is it the journey through which all life on Earth goes or the stunning wildlife footage for which the Beeb’s Natural History Unit is famous, capped off with a voiceover so profound and yet familiar it could almost be the Creator himself? That’s enough for most of us, I think.”
Matt Baylis, Daily Express

“These natural curiosities amuse, but it was the behaviour more reminiscent of human societies that moved most. These instances of unrelated animals chipping in to aid the survival of their species were as fascinating as they were adorable.”
Ellen E Jones, The Independent

“Artful, slow motion shots and beautiful, elaborate costumes are quite breath-taking this series, and provide contrast for the sparse, effective dialogue and those long, considered pauses that Cillian Murphy does so well.”
Ellen E Jones, The Independent

“On its new Grand Guignol terms Peaky puts its grimy hands to our throats and holds us there still. This episode served multiple plot strands with skill and gave a mounting sense that, if these skirmishes are just the forerunners, we’re going to get an almighty bloodbath at the series’ end.”
Serena Davies, The Telegraph

“For all that I admire the serial’s ambitious social matrix, the show is not quite as gripping as it should be by now. Something, and I am not sure what, is slightly off.”
Andrew Billen, The Times