“It created a beautifully appropriate air of loving respect both for the man and his art.” Read on for the verdict on last night’s TV. 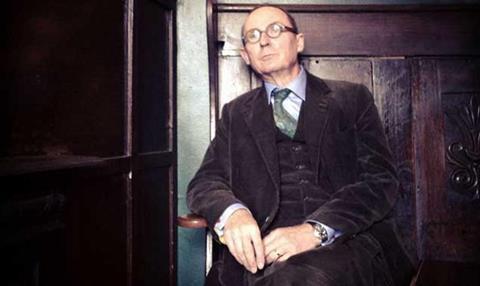 “All the links, currents and crosscurrents were delicately evoked rather than determinedly traced by AN Wilson, as is surely proper when it comes to reading the man in his work and the work in the man. It created a beautifully appropriate air of loving respect both for the man and his art.”
Lucy Mangan, The Guardian

“Wilson was a thoroughly good host. A man who knows his subject inside out and used what was a comparatively short hour to tell Lewis’s story.”
Will Dean, The Independent

“For someone who knew virtually nothing about Clive Staples Lewis there was plenty to intrigue, from the devastating death of his mother when he was nine to the comforting broadcasts he made in defence of Christianity during the Second World War. All this was delivered with aplomb by Wilson.”
Emma Gosnell, The Telegraph

“There were no fake facts or statistics for ballast, just a vivid sense that Lewis was alive and well inside the imagination of his biographer, AN Wilson. In biography, it’s the fragmentary detail that counts, and Wilson has amassed bagsful.”
Christopher Stevens, Daily Mail

“It wasn’t so much the secret that was emphasised in Lewis biographer AN Wilson’s film – 50 years after Lewis’s death, I’m not sure there was much revelatory here – but the depth of contrast between the component parts of his life… This compartmentalising was the most fascinating thing.”
Alex Hardy, The Times

“Now, you know I love me a bit of how-they-did-it-in-ye-olden-times reality TV, right? And you know I particularly love me a bit of the BBC’s Victorian/Edwardian/Wartime Farms… [But] there seems not to be quite the granular detail there was in earlier series, which, given the rich pickings of the period is doubly concerning, and the level of repetition in the voiceover script was truly ridiculous.”
Lucy Mangan, The Guardian

“This show isn’t sheltering behind a barricade of stats. It is genuinely, sometimes superstitiously, in touch with the seasons — whether the farmers are taking the pigs into the woods to forage for acorns, or scattering crumbs of holy bread blessed by a priest on their pea crops to keep the wild rabbits at bay.”
Christopher Stevens, Daily Mail

“It was all fascinating stuff but the highlight of the show was when one of the presenters was introduced to medieval beekeeping methods. This required him to dress up in something that looked like a sheet topped off with a laundry basket, namely a wicker mask to protect his face. The effect was supposed to be serious but it reminded me of a Dcotor Who monster from the years before the show had such good special effects.”
Virginia Blackburn, Daily Express

The Culture Show: Vicky Featherstone - All Change at the Royal Court, BBC2

“There was little that was surprising about this documentary. Much of it felt like a PR exercise… I’ll certainly be watching Featherstone’s career with interest. But this dull documentary failed to shed any light on her. “
Emma Gosnell, The Telegraph

“The concept is a good one: a cook and a farmer show us how to choose seasonal produce and enjoy the flavours. It’s a simple message. But Nigel and Adam buried it under bales of statistics. You can always tell when a TV script is struggling for something to say, because meaningless numbers crop up.”
Christopher Stevens, Daily Mail

“It’s a lovely and creative bit of telly, with well-chosen yarns that pick away at modern irritations… They occasionally plod slightly, but are beautifully produced to weave in animation, drama and star names reading from a big armchair.”
Alex Hardy, The Times