“Maybe he does save the restaurant, but it’s not nice to watch.” 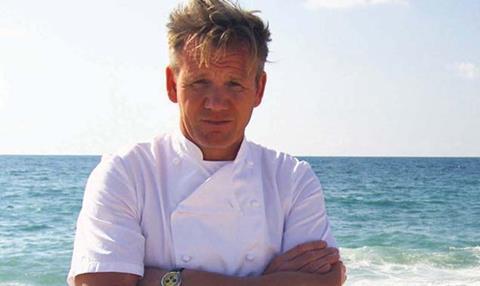 “Gordon shows up in his cocky sports car, shouts even louder and is even ruder and more charmless than the other man, who he humiliates in front of his staff and his wife. And maybe he does save the restaurant, but it’s not nice to watch. Horrid.”
Sam Wolllaston, The Guardian

“As a show about business or cookery, Costa Del Sol Nightmares is useless. Like most reality TV, the editing makes it feel fake. But as a psychological study, it’s instructive.”
Christopher Stevens, Daily Mail

“Ramsay’s first chance to torture British chefs for seven years was really just a four-episode coda to the original series. The fascination lay in watching what, I hope, only sharp editing made look like the owner’s nervous breakdown, glossed by Ramsay as a midlife crisis because they are funny not tragic.”
Andrew Billen, The Times

“Viewers who stuck with BBC1 series The Driver after last week’s muted opener have been rewarded; this series keeps getting better.”
Ellen E Jones, The Independent

“The acting from David Morrissey down is terrific, but is The Driver taking us anywhere very special?”
Andrew Billen, The Times

“The tension’s all there, the dreadful sense of a good man ruined by the one wrong choice. But what makes this drama different is its dry dialogue.”
Matt Baylis, Daily Express

“What’s nice about this little film (he says patronisingly) is that it is in no way patronising. Nor is there any shame about the place. These people are having bargain weddings because they want to do something, have a do, but don’t want to, or can’t spend, very much. There’s pride in thrift.”
Sam Wolllaston, The Guardian