TV Critics: Story of the Jews; X Factor; Rebuilding the World Trade Centre; Through the Keyhole

“There was something biblical about the documentary.” Read on for the verdict on last night’s TV. 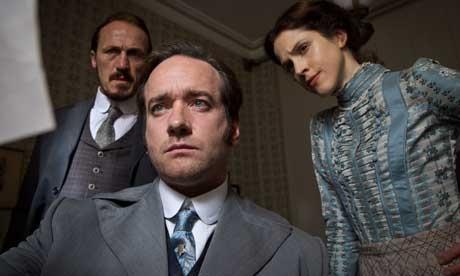 The Story of the Jews, BBC2

“The first part of Schama’s story covered Josephus’s legacy, Jewish resistance to Hellenistic assimilation and early internecine divisions. Any reference to the modern-day politics of Israel was thus far avoided, though Schama lay the groundwork for grappling with this thorny subject later on.”
Arifa Akbar, The Independent

“Given the subject matter, the awe-inspiring scenery and the fact that Schama was perched on the very spot where Moses looked to the beautiful country he would never actually return to himself, there really was something biblical about not just that particular scene but the documentary itself.”
Virginia Blackburn, Daily Express

“The programme’s historical narrative was certainly bleak. But in the ancient history that followed, a striking denominator was the displacement of the Jewish people and the desecration or destruction of Jerusalem. Given Schama’s evident pride in his religion, it promises-despite more horrors to come-to be a rousing story indeed.”
Neil Midgley, The Daily Telegraph

“The X Factor doesn’t belong on the “complete abominations” list. Yes, it’s gloop, but it’s incredibly well choreographed gloop. On Saturday out came the televisual botox, poured over the show in measures from rehiring Sharon Osbourne as a judge, to bringing back studio auditions-the intimate act-and judges-only affairs, rather than the baying mob of the arena audiences. As far as re-signings the change does work better on screen than it sounded on paper and means that the carefully constructed stories are now conducted with an extra mischievous baton.”
Alex Hardy, The Times

“The start of Saturday’s launch show was, well, underwhelming. Just a few ordinary people saying how much they loved The X Factor, with all the testimonial zeal of a toothpaste ad. It had a dodgy start. But by the end of the weekend, the X Factor that those punters love – the cheesy, manipulative, overproduced, magical, transformative X Factor – was finally back.”
Neil Midgley, The Daily Telegraph

“Though it may be irreverent to say so given the every-day heroism of these hard-working men and women, the documentary seemed to falter, then drag. Even its spectacular visual effects felt repetitive by the end and the workers’ stories were all too brief. While it captured the heroic ambition of the job it also had the disconcerting look of a promotional video.”
Arifa Akbar, The Independent

Through The Keyhole, ITV

“Frost and Grossman are gone and in their place is comedy character Keith Lemon: Keith Lemon in the homes, and Keith Lemon in the studio. A double dose of bright shirts and feigned idiocy. Whether you like this schtick or not, it’s fair to say Keith Lemon is neither the Grossman nor the Frost of his generation. He’ll never have the gravitas to hawk a personal range of branded pasta sauces. No one will ever make Lemon/Nixon.”
Tom Meltzer, The Guardian