TV Critics: The Apprentice; Wheelers, Dealers and Del Boys; The Real White Queen and Her Rivals

“This was not so much about knocking down sexist stereotypes as using a pink stiletto to bang them a little deeper into the ground.” Read on for the verdict on last night’s TV. 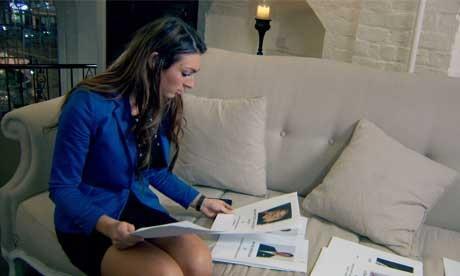 “This was not so much about knocking down sexist stereotypes as using a pink stiletto to bang them a little deeper into the ground. In its defence, The Apprentice isn’t supposed to be about gender equality – any more than it is about Lord Sugar’s earnest search for a business partner. No, The Apprentice is all about formulaic entertainment, which was delivered in the usual mix of bragging, blundering and boardroom histrionics… Let’s hope that for its 10th series, The Apprentice gives its timeworn format a facelift, or else turns the stubby finger of firing doom in its own direction.”
Ceri Radford, The Telegraph

“In the early stages of The Apprentice you’re worn out making the internationally recognised sign for tosser at the television. Who’d want to work with you, any of you? And then, by the end of ‘the process’ you start to see the point of them. These two are not just focused and driven; they’re actually both seriously impressive… I suspect this is also mainly down to clever TV-making, and editing, rather than any dramatic changes of character.”
Sam Wallaston, The Guardian

“The conventional wisdom decided that the contest was Luissa Zissman’s to lose. She was an established business owner as feisty as Sugar himself, whose ambitions ran to nothing more sinister than cake icing. But Mr Conventional Wisdom, you was wrong again, as Sugar might say. Luisa did lose. The great man threw his wad into Botox-and-infill clinics and into Leah Totton, the A&E doctor from Northern Ireland… It was not the craziest of finals, but it had its moments.”
Andrew Billen, The Times

“Under James Dawson’s insightful but humane microscope was a collection of people forever chasing wealth. They were no more likely to score on that front than Derek Trotter since their arena was a south London auction house that specialises in flogging off job lots from house clearances and unclaimed left luggage from airports.”
Matt Baylis, Daily Express

“Dawson’s camera appears to have jinxed most of those featured here. What hadn’t been put into the profit-and-loss calculations was the pleasure all three of them get from the pursuit, a fair bit of which got passed on to us.”
Tom Sutcliffe, The Independent

The Real White Queen and Her Rivals, BBC2

“It is a gratifyingly tangled story, full of dramatic reversals and confrontations that stretch the credulity but turn out to be true… But the film raised a question. Why is it that Philippa Gregory – who wants to give overlooked women their fair due – effectively endorses in fiction the misogynistic slurs of their enemies?”
Tom Sutcliffe, The Independent

“Dr Philippa Gregory’s superb documentary, The Real White Queen and Her Rivals, put women’s issues into chilling perspective…The aim of the programme was to show how these women shaped England’s history, but what came across here with freshness and tragic force was how much they were shaped, helplessly, like so much melting candle wax.”
Ceri Radford, The Telegraph