“How nice to know there is at least one Briton who can still sew a French seam.” 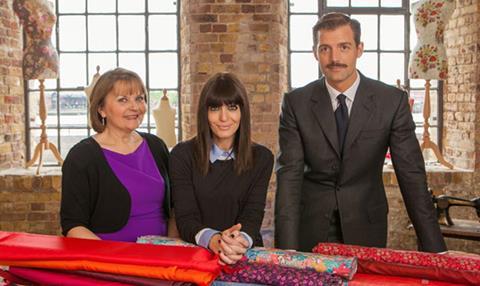 “It’s only week one, but I’m already besotted with the new sewers. In an era in which we are post-industrialised, de-skilled consumers of the developing world’s sweated labour, how nice to know there is at least one Briton who can still sew a French seam.”
Stuart Jeffries, The Guardian

“You watch it for the characters, the potential drama in the haberdashery and the innuendo. There’s a rousing score and build-up sufficient to make you feel that matching up the design on a flower-patterned frock is akin to cracking the Enigma Code.”
Sally Newell, The Independent

“It will never catch the viewing public’s imagination. It’s simply a bad fit for television. Everybody loves to peep into a kitchen, but watching the contestants in sweatshop conditions on Sewing Bee is uncomfortable, like touring a factory where everyone is hard at work except you.”
Christopher Stevens, Daily Mail

“We followed the ensemble from first auditions to opening night in this beautifully shot film by the Ursula Macfarlane. The actors we met didn’t need Warwick’s company, their lives were rich anyway. But the play, and Macfarlane’s film, gave them a deserved chance to shine.”
Sally Newell, The Independent

“All the cast spoke affectingly about their struggles with pain, ridicule and self-esteem. The family scenes were full of warmth, love and laughter. Unobtrusively directed by Ursula MacFarlane, this film was intimate, inspiring and had a happy ending, too.”
Michael Hogan, The Telegraph

“With Davis’s name in the title it could have been little more than a celebrity profile. Instead it was the best programme I have ever seen about dwarfism, respectful yet giggle-makingly funny. It was beautifully and movingly told.”
Andrew Billen, The Times

“The thing is supposed to be funny, and though it isn’t often, its meta-critical cocktail of self-loathing, denial, awkwardness and quiet desperation will suit viewers steeped in British sitcom sensibility.”
Stuart Jeffries, The Guardian

“Kudrow and co-creator Michael Patrick King came up with a very smart and extremely uncomfortable idea for their second act. Valerie Cherish remains as infuriating as ever but when she got her big break at the exact moment she wasn’t looking for it, you were right there cheering her on.”
Michael Hogan, The Telegraph