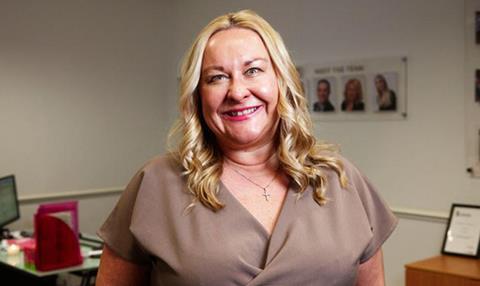 “Occasionally bonkers but ultimately heart-warming. After the likes of Benefits Street, what a breath of fresh air it was to be shown the more common reality: people want to work, some just need a helping hand.”
Sally Newall, The Independent

“It doesn’t have a proper TV monster like Nev Wilshire of The Call Centre or the real-Office humour of The Armstrongs. On the plus side, because it’s a recruitment agency, we do get to see inside other workplaces, such as Bradford’s No 1 stationery company. And it may even say something about employment in this country today.”
Sam Wollaston, The Guardian

“It makes entertaining telly, but what would be truly valuable is a feature on Jane’s work in schools, teaching youngsters how to compile a CV and prepare for job interviews — life’s real skills.”
Christopher Stevens, Daily Mail

“I’m not sure I cared much about the search for a property lawyer and whether new recruiter Phil was going to hit his monthly targets. The real stories were about the less glamorous jobs and the people getting a second chance at a working life thanks to Jane. Programmes about the modern job market are rarely so full of heart, colour and hope.”
Matt Baylis, Daily Express

“Chris and Xand were getting smashed in the name of science. And entertaining, revealing science it was too. Seeing this capable doctor struggling to take off his own shoes was funny. Learning from the post-session analysis that at one point his blood alcohol level put him in the danger-of-death category when he was asleep, was not.”
Sally Newall, The Independent

“The twins were good value as always, their fraternal rivalry and poorly disguised glee in each other’s drunken misfortunes lifting what could have turned into a hectoring public information film or dry Open University lecture.”
Gabriel Tate, The Telegraph

“What Horizon should have done was pick a couple of presenters who really do enjoy their tipple, the kind who can put away two bottles of burgundy over dinner and then announce they’re about ready for a proper drink. In other words, this was a job for Steph and Dom, the Posh Couple off Gogglebox.”
Christopher Stevens, Daily Mail

“This grimly fascinating Horizon not only answered its title with a resounding YES, YOU IDIOTS, but added: ‘and moderate drinking is terrible too’. Since, however, we learnt that our ability to process alcohol depends on our genetic make-up, perhaps the van Tullekens are not as the rest of us. They are, after all, abnormally good on the telly.”
Andrew Billen, The Times

“The answer? Yes, binge drinking really is that bad. But then Chris’s way, three units a day, within government guidelines, isn’t much better. This is a drinking game with no winners.”
Sam Wollaston, The Guardian

“Along the way to this foregone conclusion we did, as in all the best Horizon shows, discover a lot of intriguing things.”
Matt Baylis, Daily Express

“It’s awfully clever this, eh? It’s like Harold Pinter watching Run Lola Run with Ruth Rendell, while on holiday in the Hamptons. However, now that Sky Atlantic’s latest diamond encrusted US drama is a full three episodes old, I’m longing for a bit of heart to go alongside the brains.”
Chris Bennion, The Independent

“It was crafted cleverly enough, but it was the performances that lifted the drama far beyond its potentially gimmicky premise. West and Wilson are astonishing, depicting not one but two three-dimensional characters as viewed through their own (as yet unexplained) biases, and sharing the sort of chemistry they don’t teach at school.”
Gabriel Tate, The Telegraph