“The BBC presented The Longest Reign in such a smug, one-sided manner that it was close to unbearable viewing.” 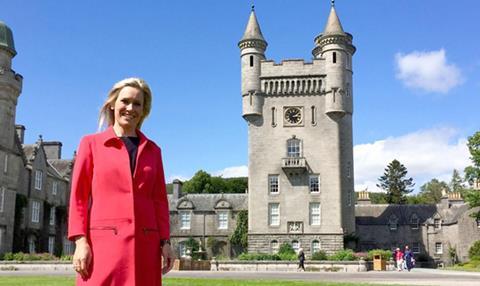 “The BBC presented The Longest Reign in such a smug, one-sided manner that it was close to unbearable viewing. Presented by Sophie Raworth, the programme set out to compare and contrast both women’s reigns – without, in typical BBC style, drawing any criticisms of either.”
Amy Burns, The Independent

“This film was not a place of nuance, but one of unequivocal praise. It was hard to imagine that producer-director Sally Norris was going to make anything other than a hagiography. However this hour was so effusive it was like a promo for ERII, or a dating profile.”
Andrew Billen, the Times

“It might have been more illuminating to examine what differentiated these two distinctive women: their personalities, their attitudes to government or parenthood, or how they exercised their power. But no, the paths we went down were safe, soft and very well trodden.”
Gerard O’Donovan, The Telegraph

“The title appeared to be assembled from random words of approximate relevance, and the content was much the same. The Queen’s remarkable milestone tomorrow deserved a brilliant tribute. It appears the BBC couldn’t be bothered to make one.”
Christopher Stevens, Daily Mail

“A brace of historians providing soundbites couldn’t lend this bit of TV bunting the weight it needed. We were, as our country’s second longest-reigning monarch once said, not amused.”
Matt Baylis, Daily Express

“Although the sit may be lovely, the com of Doc Martin isn’t the most sophisticated or subtle. Millions of viewers know better than any critic, though, and will continue to watch. To be fair, Martin Clunes is very good at stiff and alone and joyless.“
Sam Wollaston, The Guardian

“Cosy, warming and easy on the digestive tract, Doc Martin’s unique formula remains an unrivalled prescription for those seeking something soothing before bedtime.”
Gerard O’Donovan, The Telegraph

“We’re supposed to believe he’s so infuriating that his wife has left him, but as his character hasn’t evolved an inch in 11 years, she really should have known when she married him what she was getting. Viewers certainly do. Even new episodes of Doc Martin are like watching repeats.”
Christopher Stevens, Daily Mail

“Martin Clunes and the ensemble cast make a silly old mess as they swing from emotional repression to slapstick, like the Chuckle Brothers taking both uppers and downers. The tone is so uneven as to require patience from the viewer, but as comfort-blanket telly it’s OK.”
Andrew Billen, The Times

“This is by no means the first documentary series to take us out on a fishing boat, but I never tire of it. Real people and their real lives, an extraordinary job, the most perilous one, high crests and low troughs, and the sea as a backdrop, it works every time. And it makes you think a bit about your next fish supper.”
Sam Wollaston, The Guardian