“No matter that this is interchangeable with The Great British Bake Off or The Great Pottery Throw Down, it’s all good sedating fun.” 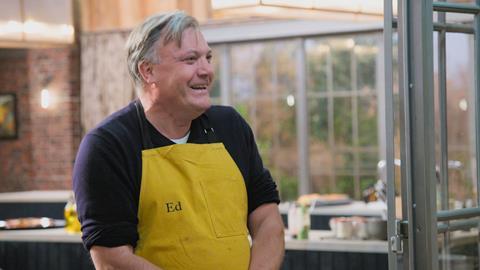 “No matter that this is interchangeable with The Great British Bake Off or The Great Pottery Throw Down, it’s all good sedating fun, although you wonder at what point these kinds of feelgood reality contest will reach saturation point. Not too soon, let’s hope.”
James Jackson, The Times

“Mary Berry’s presiding presence contributed hugely to the wholesomeness that rippled through what was otherwise very much a meat and veg addition to the genre of celebrities-doing-things-under-pressure.”
Ed Power, The Telegraph

“Of all the many celebrity shows graced by Ed Balls and Gareth Thomas, you won’t find one more frothy and trivial than Celebrity Best Home Cook. But right now, frothy and trivial is exactly what we all need.
Christopher Stevens, Daily Mail

“While the celebrities made Best Home Cook more engaging than the original show, it was missing an air of competition. Clapping and cheering your fellow cook after their frittata gets slated by Mary Berry is all well and good, but civilians trying to outdo their neighbours makes for better TV.”
Emily Baker, The i

“Marcella’s new identity has the effect of making the third series feel as though it’s had a fresh lick of paint to justify its glum return. Hurrah for the Maguires — lorded over by Amanda Burton with a flinty stare — because their suspicious, psychopathic ways and their mansion’s stunning decor are the main things about the new series that keep you watching.”
James Jackson, The Times

“It has always traded in bleak and vicious shocks and there are plenty of those in this trigger-happy double bill, but they don’t quite work like they did. It is almost as if they have decided to try to out-grim the child-killing from last time, and have chucked everything at it in the hope that something else horrible sticks.”
Rebecca Nicholson, The Guardian

“Marcella has always been style over substance and this episode was no different. Still, plenty of storylines were set up, each with the potential to take the thrller in surprising directions. For all of its confusion, it’s those endless possibilities that keep us coming back.”
Emily Baker, The i

Secret Safari: Into The Wild, C4

“If you tuned in expecting a lightweight hour of animal trivia on the African savannah, you got a jolt. This documentary turned unexpectedly red in tooth and claw. This is an important series, depicting the crucial work of Kenya’s wildlife rangers, but it could put you right off your celebrity lasagne.”
Christopher Stevens, Daily Mail