“It was all beautifully done, creating an oppressive, suffocatingly tense atmosphere.” 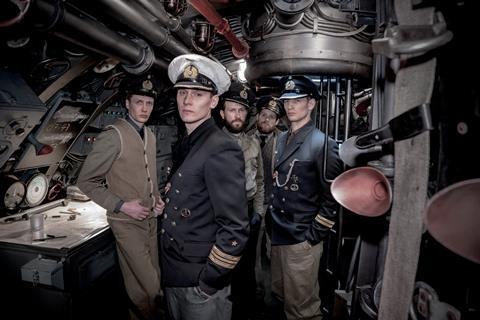 “Despite its second world war setting (or perhaps because of it), this is ultra-modern television. It is big-budget and it shows. It has the swaggering certainty of a blockbuster movie and gives the impression it would work as well on the big screen as it does on the small.”
Rebecca Nicholson, The Guardian

“We’ve come to expect expensive, huge-scale set pieces – especially on Sky Atlantic and especially in military drama. Where this series must excel is in its characters’ secrets, lies and loyalties. As it sets sail, this one is off to a promising start.”
Sarah Carson, The i

“It was all beautifully done, creating an oppressive, suffocatingly tense atmosphere. It sustained the pace right from the traumatic opening scene when a U-boat was destroyed, the water filling the submarine and one man choosing to shoot himself rather than await a slow drowning. Grim but gripping.”
Carol Midgley, The Times

“Another tour of duty for the Das Boot franchise could be said to lack the merit of urgency. So this new version is hailing itself as a U-boat drama for the #MeToo generation. This sounds like a far-fetched category error. What it means in practice is that not all the female characters are prostitutes with two lines of dialogue, as they mostly were in the film.”
Jasper Rees, The Telegraph

Behind Closed Doors: Through the Eyes of the Child, BBC2

“It must have been very difficult to make this film, logistically (many of these families are effectively in hiding) and emotionally since some of the children’s continuing fear was heartbreaking. But it was done with huge sensitivity; the bravery of these families in speaking out was humbling.”
Carol Midgley, The Times

“Anna Hall’s film was as sensitive as you would hope and avoided showing children in displays of raw emotion. Their frankness, most of all, was what made this so startling. Horror, heartbreak, despair, compassion – amid all the emotions this film elicited, perhaps adults’ underestimation of the fear and secrets children are able to conceal should be what resounds.”
Sarah Carson, The i

“This was a sober and sobering film about the effects of the toxic male need to control. There needs to be another examining the causes.”
Jasper Rees, The Telegraph

“Four brave youngsters aged seven to 14 described what it was like to live in terror of violent abuse at home. All the stories were nightmarish, though they lost some power when the narrative switched too much between them. Kirstie and the other children who spoke to film-maker Anna Hall deserve our thanks, for having the courage to tell their stories.”
Christopher Stevens, Daily Mail