“After mere minutes of the Doctor’s arrival you stopped noticing her gender. It was just The Doctor, she had a monster to fight and it was nigh-on impossible not to get swept along.” 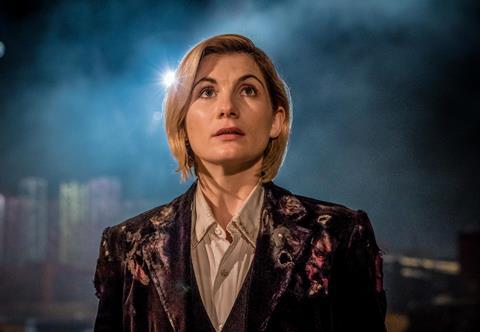 “You could have watched it for the first time and understood everything. This show, it screamed, is no longer just for the Whovian fandom. Whittaker was terrific — not just for her fizz and light-touch charisma, but for her screen presence too.”
Carol Midgley, The Times

“She absolutely caught what is the essence of the Time Lord’s character, regardless of gender, age or previous acting pedigree – the self-deprecating wit, the eternal inquisitiveness and the core of decency. As always, the actual science in the fiction didn’t bear close scrutiny. But a franchise that’s managed to reinvent itself for decades and stay entertaining is in good hands all round.”
Jeff Robson, The i

“There has been a depressingly predictable knee-jerk backlash to a time-travelling, body-regenerating extraterrestrial with two hearts having the temerity to be female but this debut adventure barrelled straight past such quibbles. After mere minutes of the Doctor’s arrival you stopped noticing her gender anyway. It was just The Doctor, she had a monster to fight and it was nigh-on impossible not to get swept along.”
Michael Hogan, The Telegraph

“It had a webby but comprehensible plot, working on a human scale and with recognisable emotions conducted at a reasonable volume and it was accessible to all. I hope intersectionalist feminist propaganda is always this much fun.”
Lucy Mangan, The Guardian

“Everything about Chris Chibnall’s re-vamp was wrong, so desperately dull and old-fashioned it felt more like a step backwards than anything radical or significant - as entertainment, let alone a ‘feminist triumph’ we expected.”
Jim Shelley, MailOnline

“The test of a good drama series is that when it ends you feel regret. Well Vanity Fair has finished and I do. I took a while to warm to it and the final episode wasn’t the best, but the series was always a spumante lifter. This was TV that added to the gaiety of life.”
Carol Midgley, The Times

“In the end, it wasn’t radical enough to compete with the outrageous twists and turns of Jed Mercurio’s thriller. However, those of us who did keep with it were rewarded with a sprightly treat that largely succeeded where it counted – in capturing the caustic tang of Thackeray’s prose.”
Hugh Montgomery, The Telegraph

“Lovely chap, that Simon Reeve, but you wouldn’t want to go on holiday with him. He could find a seamy underbelly in Sugar Plum Fairyland. Wherever he travelled, he uncovered twisted nightmares, from blood feuds in Albania to blighted olive trees in the heel of Italy. If you ever find yourself sitting on a package tour airliner next to this man, bale out.”
Christopher Stevens, Daily Mail