“A story so astonishing that at times even its participants are forced to admit that events sound far-fetched.” 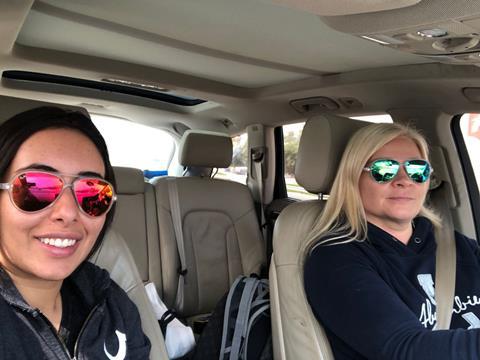 Escape from Dubai: The Mystery of the Missing Princess, BBC2

“It is an extraordinary documentary, and tells a story so astonishing that at times even its participants are forced to admit that events sound far-fetched.”
Rebecca Nicholson, The Guardian

“Latifa’s thwarted flight was related in gripping, terrible detail. Escape from Dubai proved a damning indictment of an antediluvian, intrinsically unjust regime that seems, like so many others in the region, to operate above the law and beneath the contempt of anyone with any respect for human rights.”
Gabriel Tate, The Times

“Escape From Dubai told a straightforward and ugly story, without embellishment. The cast of characters included a dodgy French adventurer with his own yacht, a despotic Arab ruler and an imprisoned princess. Sometimes it was difficult to believe this was a true report and not the plot of a Rudolph Valentino silent movie.”
Christopher Stevens, Daily Mail

“The whole exhaustingly peculiar mess looked as great as ever, but bore no scrutiny; coherence has hardly been the point of Fortitude, which is best watched with tongue firmly in cheek or not at all. For all its faults, there remains nothing else remotely like it on television, which is an achievement of sorts.”
Gabriel Tate, The Times

“Secret Life Of Farm Animals was an hour of fluffy chicks, bouncing lambs and heartwarming friendships. It was ideal viewing for families — and if any primary school teachers are wondering what to screen as a Christmas treat for their class, I’d recommend this warmly.”
Christopher Stevens, Daily Mail