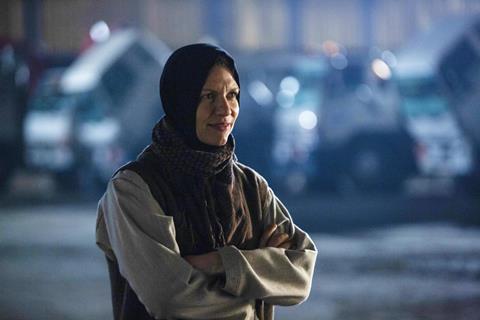 “Homeland remains compelling viewing. Clare Danes and her supporting cast are terrific. The writing and direction are as taut as ever, bar the occasional ‘Afghan fanatic’ stereotype. But Homeland’s central theme – that the war on terror is unwinnable and unending – has become its own worst enemy, and it is time that Carrie retired.”
Jeff Robson, The i

“It’s a neat twist on the original Homeland set-up. For all its lurid overacting and preposterous plots, I’ll miss Homeland when it’s over. There’s never been a psychological spy drama like it: Carrie and her panic attacks are a world away from the icy calm of John le Carre’s female operatives.”
Christopher Stevens, Daily Mail

“Viewer fatigue has set in, with ratings on the slide since series four. But, two years after it was last on screen, there are promising signs that Homeland may conclude with a return to form.”
Anita Singh, The Telegraph

“Its return last night, I’m sad to say, felt like an irritating houseguest who has outstayed their welcome and is telling the same anecdotes, over and over again.”
Carol Midgley, The Times

“I was a fan of Sarah Phelps’s previous Christie adaptations but this one felt overwrought and ultimately less than the sum of its parts. The costume and production design were the most memorable elements. Some of the language was so Phelpsian that it stuck out like a sore thumb.”
Anita Singh, The Telegraph

“If I were judging The Pale Horse on dialogue alone, I’d give it not five stars, but six. The finale was tight, lean and luscious. This was far from Agatha Christie’s novel, but when it gets this kind of energy transfusion, who cares?”
Carol Midgley, The Times

“More of the psycho in the brown Open All Hours coat, and less of the hocus pocus, would have made this a much better murder mystery. Too much of the supernatural leaked into the solution. Not at all a satisfactory ending.”
Christopher Stevens, Daily Mail

“Putting faces to this sprawling news story and making intimate the many issues it raises is where this particular film triumphs. It is not a deep dive into China’s history, sociology or politics, but a remarkably effective and emotive depiction of the hopes and fears of real people, right now.”
Lucy Mangan, The Guardian