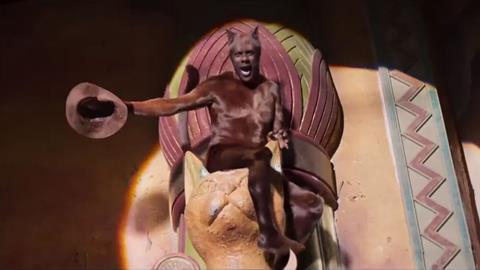 “Whether or not you agree with her conclusion that guilt is the last thing anyone should feel when watching Idris Elba play a singing moggy in a surreal Andrew Lloyd Webber adaptation, her anatomisation of terrible cinema made for fascinating viewing.”
Ed Power, The i

“Rather than being simply a celebration of so-bad-they’re-good films, Catherine Bray’s hour-long essay was a smart critique of the ‘guilty pleasure’ concept. If you enjoy something, why feel guilty about it? Narrated by Mae Martin, Bray’s film read like a well-argued dissertation.”
Anita Singh, The Telegraph

“Inside Cinema: Guilt-Free Pleasures took a deep, sometimes repetitive dive into so-bad-they’re-good movies. Catherine Bray’s documentary, though, was an entertaining, authoritative quick-fire romp through classic stinkers such as Jaws: The Revenge and Plan 9 from Outer Space that asked what it is that makes a film laughably awful. Top work from the clips researcher.”
Carol Midgley, The Times

“The sheer scale of human suffering caused by coronavirus was powerfully conveyed in Surviving Covid. The documentary didn’t pull any punches as it showed lives derailed and families devastated during the early months of the pandemic. After a year of social and economic disruption, it was a sobering reminder of the virus’s destructiveness.”
Ed Power, The i

“In Nick Holt’s breathtaking, brutally honest account of what it is to be a ventilated Covid-19 patient in hospital and the hurdles waiting afterwards we got a sharp corrective to the notion that leaving hospital marks the end of the battle. This film was beautifully put together with background music for once used unintrusively and judiciously.”
Carol Midgley, The Times

“Surviving Covid is a sometimes harrowing but necessary documentary focusing on patients being treated in London’s King’s College Hospital. I am always surprised by the willingness of people to allow cameras to film them during desperate times, and they deserve thanks for allowing us in.”
Anita Singh, The Telegraph

“There should be a non-academic book written about the language of communication between doctors and their patients and their patients’ families. You wouldn’t need to intrude further on people’s lives at terrible times - all the material you need could be drawn from programmes like this.”
Lucy Mangan, The Guardian