Inside Missguided; Diana Her Last Summer

“Ambition radiates from the screen as the mainly female staff devote their lives to the sale of bodycon dresses.”

Inside Missguided: Made in Manchester, Channel 4 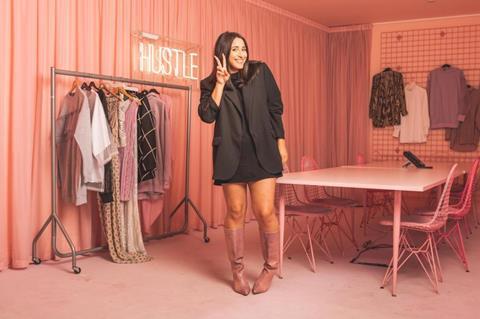 “I must say that it felt misguided for Inside Missguided: Made in Manchester to contain quite so much swearing. I do realise this makes me sound like a crusty old biddy in a hair net…yet all the “f***”, “shit” and “bad-ass bitches” in this frenetically paced documentary about a successful online fast-fashion brand sounded a tad desperate, like teenagers trying to shock their gran.”

“Missguided’s world is undeniably compelling, part-Google campus, part-Barbie Dream House. Motivational quotes glare down from the walls and everyone has tonged hair and luxuriant eyebrows. The oft-mentioned backstory is that the company lost £26m in 2018 and must push harder than ever to regain its position. Ambition radiates from the screen as the mainly female staff devote their lives – in ever more imaginative and exhausting-looking ways – to the sale of bodycon dresses.”

“More jarring was how unwilling the programme was to acknowledge these concerns (or to dig too deeply into why the company lost £26m in 2018). With no interviewer on hand to challenge anything that was said, this turned out to be little more than an advertisement.”

“There is obviously a market for this kind of thing, and nothing intrinsically wrong with looking back at a famous figure whose death brought the nation to a halt. It was an extraordinary time, and she was an extraordinary woman. There will also be people out there who are too young to remember these events, meaning this footage will be new to them even if it was painfully familiar to the rest of us.”

“This film mostly wasn’t bad, even though we had heard most of it many times before (this goes for all Diana documentaries). There is also a useful purpose in reminding us constantly of that terrible night in Paris.”