“If series two was the difficult second album, then series three is the middle-of-the-road comeback” 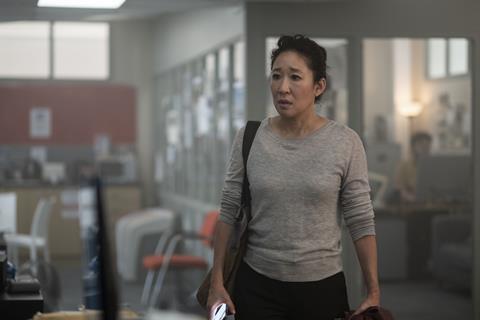 “If series two was the difficult second album, then series three is the middle-of-the-road comeback. There are murders and moments of dark comedy, but the novelty has worn off. Suzanne Heathcote doesn’t have Waller-Bridge’s wit but has done a serviceable job on the plot. The point of a third series, other than the obvious one of getting ratings, is unclear.”
Anita Singh, The Telegraph

“The third season is to be broadcast in the UK sooner than expected — starting on April 13 — and we get to see it at the same time as viewers in the US. The first episode of season three is not boring, but has it returned with all guns blazing? Yes and no. Even the killings are starting to get a bit samey. It is though, as always, visually sumptuous. The good news is that there is fresh meat in the form of Harriet Walter, who plays a Russian former gymnast turned veteran hitwoman. Without her this opening episode would have flagged.”
Carol Midgley, The Times

“Alma’s Not Normal has much in common with Daisy Haggard’s Back to Life and Aisling Bea’s This Way Up. I would like to think that Alma is another sign that female-led shows are becoming a less fearful proposition for commissioners and audiences. That the weight of drama a half hour comedy can bear (or vice versa) is no longer carved in stone but can be left up to the creator and his or her talents to divine.”
Lucy Mangan, The Guardian

“Far from being another Fleabagian millennial sharing her emotional pain, Alma is an irrepressible life force. This was a bit like kitchen-sink Mike Leigh, except punctuated by breezy indie songs and with a whole lot more zing; the kind of coarse but confident comedy that effortlessly clicks you into its world.”
James Jackson, The Times

“It’s a story of grungy, low-life Bolton, peopled with characters teetering between tragedy and farce. Sophie Willan plays Alma, the unemployed daughter of drug-addict parents. Sex and petty crime are the common currency. She has great support from a glittering cast. High-fives to Willan for getting Alma’s Not Normal off to a flyer.”
Adam Sweeting, The i

“Two months ago the BBC also had a moving Belsen film. I found that this film did offer two new lines of thought, distinct from the BBC’s. The first was hearing the effect Belsen had on the Allied soldiers who arrived at the camp. The second thing I took from the film was how keen these last remaining survivors and soldiers were to lay down their testimony. They do not want their stories to be lost.”
James Jackson, The Times

“When the Bergen-Belsen concentration camp in northern Germany was liberated by the British Army on 15 April 1945, the BBC’s Richard Dimbleby was there. The Dimbleby connection was this documentary’s unique selling point, since it was presented by Richard’s son Jonathan, who wanted to explore how witnessing Belsen had affected the liberators.”
Adam Sweeting, The i