“In its way it was entertaining television, just to see what nonsense they would come up with next” 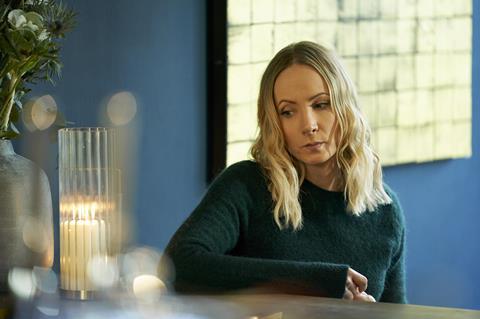 “Liar is an object lesson in how to ruin a show’s reputation: take a halfway decent first series, bring it back for the sake of ratings, and trash it. In its way it was entertaining television, just to see what nonsense they would come up with next. Writers Harry and Jack Williams solved the snags in the plot by bulldozing through them.”
Anita Singh, The Telegraph

“Remember series one? It was watercooler television when we still had watercoolers. This series was told almost entirely in flashbacks and plotty pyrotechnics that lacked the first run’s emotional kidney punches. At times I felt I could picture the whiteboards in the writers Jack and Harry Williams’s office, a migraine-inducing riot of impenetrable squiggles, names, arrows and timelines. Were their hearts really in this?”
Ben Dowell, The Times

“The documentary was presented by Michael Wood, an accomplished television historian. This meant the programme was focused on the subject, rather than a desire to hog the limelight as much as possible. He was a pleasant guide. More interesting was the question of why Du Fu is so revered in China today (in his lifetime, he was not). The great treat was Sir Ian McKellen reciting Du Fu’s poetry in a serene, meditative style and letting us absorb their beauty.”
Anita Singh, The Telegraph

“If you had an hour to explain Shakespeare’s appeal to people who had never heard of him, how would you use it? That was the sort of question facing the makers here. The resulting documentary got half way there. This documentary touched on Du Fu’s cultural impact, but didn’t give us much to work with. I was still left wanting to know the basics: do the poems rhyme in the original? Did he use traditional or inventive forms? My interest was piqued, so in that sense, at least, the programme succeeded.”
Barbara Speed, The i

“The third and final part of Putin: A Russian Spy Story was forensic and sparing with simply presented facts from authoritative talking heads doing all the heavy lifting. It was in the personal touches that this series hit. Not just the juicy little details about Putin’s vanity.”
Ben Dowell, The Times

“The writers have kept Blyton’s utter lack of cynicism and her unstinting willingness to put the child reader (here, viewer) first and address them directly, simply and without condescension. They have kept the sense of joy and freedom Blyton’s characters always exude, and they tread as unerringly as she did the fine lines between jeopardy and real threat, moral dilemma and true conflict. The programme-makers are aided by a fine cast.”
Lucy Mangan, The Guardian

“This a one-off documentary, ostensibly focused on a series of inmates whose cases Kardashian West has taken up, but realistically it will attract viewers who want to know why she took such a bizarre side-step from her life of fame and celebrity. We didn’t really get obvious answers. So, is it a vanity project? A ploy to improve her reputation? It’s possible but seems unlikely given that Kardashian West doesn’t stick to non-violent offenders like Alice Johnson.”
Barbara Speed, The i