“It stands comparison with any of the BBC’s landmark productions, and in some ways surpasses them.” 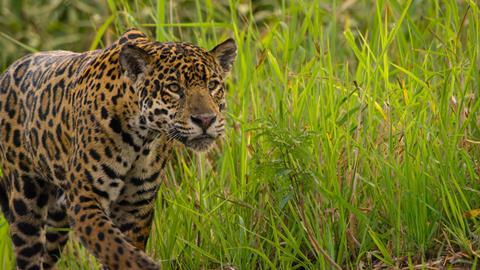 “On every scale, it is amazing. You can only boggle at the endless precision of the natural world, and of the people who devote themselves to capturing its wonders.”
Lucy Mangan, The Guardian

“More so than any previous Attenborough show, Our Planet will make you think. But it also provides a hypnotic feast for the eyes. Turn on, tune in and let your jaw drop.”
Christopher Stevens, Daily Mail

“It stands comparison with any of the BBC’s landmark productions, and in some ways surpasses them. It will be interesting to see what emerges as the nation’s ‘favourite bit’ and there was no shortage of contenders here.”
Jeff Robson, The i

“With a Hollywood-scale budget, an Ellie Goulding theme song and the support of the World Wildlife Fund, Our Planet is epic in scope and visually dazzling. But in other ways the eight-part series falls down. It feels like a sumptuous repackaging of David Attenborough’s greatest hits without the necessary rigour which deepens our understanding of the natural world.”
Ed Power, The Telegraph

“Jack the Ripper: The Case Reopened was mostly a responsible and non-leery investigation that put its money where its mouth was and named its suspect. Importantly, it humanised the victims beyond the ‘Victorian prostitute’ catch-all.”
Carol Midgley, The Times

“This year has seen a welcome shift in the way we remember the well-worn facts and theories. So the BBC’s focus on the killer felt outdated. The documentary’s only USP was its access to modern crime-solving technology. Can TV close this case now, please?”
Helen Brown, The Telegraph

“Kevin McCloud, unaffected by the ravages either of time or of witnessing 191 episodes of folly after catastrophe, was once again on hand, dispensing wry observations like pebbledash. Budgets were blown, schedules slipped and cracks, both literal and metaphorical, appeared. Yet it was impossible not to admire the ambition and graft on both sides.”
Gabriel Tate, The Telegraph

“Like everything else he suggests on this absorbingly crackpot show, it looked a great idea on paper. Knee-deep in mud on-site on a wet Monday, it was a different story. But the grim fascination of this show was seeing how horribly, shockingly wrong it all could go.”
Christopher Stevens, Daily Mail