The Great Plague; Offended by Irvine Welsh; How To Spend It Well At Christmas; The Outpost

“Hardly escapist viewing, but a thoughtful and fascinating watch nonetheless.” 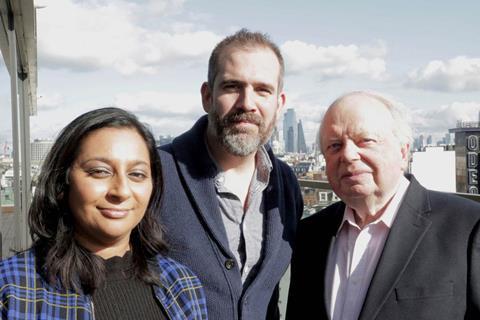 “Dr Xand van Tulleken produced a pearler of the genre, by proving that rats did not spread the disease. All this was filmed before Covid-19 took hold, though Dr Xand tacked a speech on to the start to emphasise the parallels. Given that coronavirus has killed about 0.1 per cent of the British population, while The Great Plague proved fatal for 70 per cent of those infected and up to a quarter of people in London died, the comparison bordered on scaremongering. Still, there’s never been a more aposite time to watch a series like this.”
Christopher Stevens, Daily Mail

“Aside from John Sergeant’s fancy dress box rummage, it maintained a sober, sensitive tone – essential for a subject that is unpleasantly topical at present. There were plenty of echoes with Covid-19, from the mounting fear and the quarantined travellers to the disproportionate death toll among disadvantaged groups. Hardly escapist viewing, it has to be said, but a thoughtful and fascinating watch nonetheless.”
Gwendolyn Smith, The i

“For the most part the show targeted a kind of ‘PC-gone-mad’ fallacy. The combative nature of Twitter and the debate about whether authors should write outside of their cultural identity were also touched on. I would have liked more specific discussion such as this, and far less misguided pearl-clutching about wokeness.”
Gwendolyn Smith, The i

“Given that it’s such a reasonable and breathtakingly sane position, it made for a civilised debate if, at times, slightly enervating television. Welsh probed and prodded with great warmth, intelligence and skill, but Offended By Irvine Welsh was more of an essay with a through-line that rarely deviated.”
Ben Dowell, The Times

How To Spend It Well At Christmas, ITV

“Phillip Schofield’s annual festive splurge seemed oddly out of place, even though the big day is less than six weeks away. Partly that’s because High Streets that should be thronging with shoppers are eerily deserted now. And partly it’s because this show must have been recorded ages ago: everyone was crowding together indoors to test this year’s must-buy presents. It makes you wonder how long those ‘brand new’ products have been sitting on the shelves.”
Christopher Stevens, Daily Mail

“They occasionally come close to acting, but ultimately cannot vault the hurdle presented by a script that, contrary to trash TV tradition, has been typed, not by a thousand monkeys, but rather one very weary one, possibly microdosing to get himself through the day. The Outpost is Game of Thrones meets Xena: Warrior Princess, as written by Enid Blyton. Or a monkey. It is prime pandemic fare. Feast!”
Lucy Mangan, The Guardian