This Way Up; The Secret Teacher

“If a second series isn’t commissioned, I’ll Brexit the lot of you.” 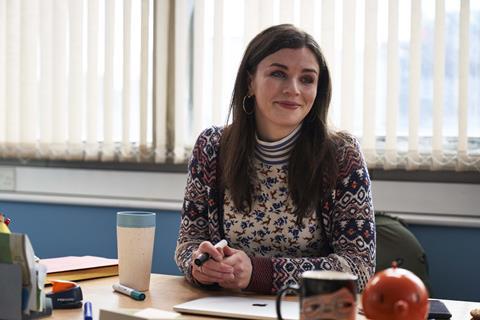 “Every relationship – or lack thereof – is beautifully drawn, from the abortive stab at sex with recently discharged fellow patient Tom to the touching bond that grows, nurtured by sarcasm, between Aine and her new 12-year-old student Etienne and his emotionally repressed father Richard. The series as fiercely realistic as it is funny as it is … well, everything, really. If a second series isn’t commissioned, I’ll Brexit the lot of you.”
Lucy Mangan, The Guardian

“You can tell that the script is good from the quality of actors joining the party. Channel 4 sitcoms are on a roll at the moment. This Way Up follows The Bisexual and Year of the Rabbit and, on E4, Dead Pixels, all of them zestily original.”
Jasper Rees, The Telegraph

“The set-up evoked that other dark comedy, Fleabag. But This Way Up ploughs a similar furrow in a different way. As a portrait of a person trying to slap a convincing smile on depression it is nuanced, rich, touching and occasionally funny.”
Carol Midgely, The Times

“The Secret Teacher played us like a fiddle and was predictably cheesy: I enjoyed it. You suspect in such documentaries that much is staged, but the ending was genuinely feelgood when Rowlett paid for Courtney, a sweet girl lacking confidence, to have a private tutor, and said he would sponsor entrepreneurial spirit Loui, who reminded him of himself at 15, through business college.”
Carol Midgely, The Times

“The building was a shabby relic of the Seventies, one English teacher took a year 11 class with, terrifyingly, 60 pupils, and there was no money for exercise books. There was a starring role for deputy head Kath Just, the type of pillar of society without whom the whole system will eventually collapse. Her pessimism for the future said it all.”
Jasper Rees, The Telegraph