“The jaunty soundtrack and wry tone reminded me of John Morton’s workplace satires Twenty Twelve and W1A. All terribly jolly until you remembered with a queasy jolt that this is no laughing matter.” 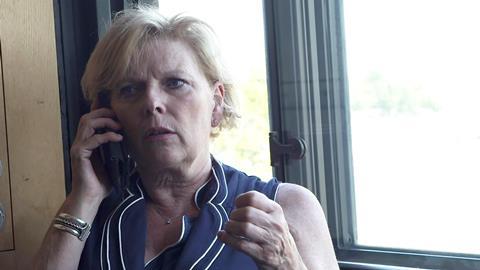 “The problem of the programme is that the war isn’t over and the collateral damage has scarcely started. The pleasure of the programme was watching Tory grandees get it wrong in hindsight. Nicholas Soames began the year airily scotching the ludicrous possibility of Boris Johnson as leader; he ended here chucked out of the Conservative party by PM Johnson”
Stuart Jeffries, The Guardian

“The jaunty soundtrack and wry tone reminded me of John Morton’s workplace satires Twenty Twelve and W1A. All terribly jolly until you remembered with a queasy jolt that this is no laughing matter. The stakes are somewhat higher than wondering whether Hugh Bonneville will be able to fold up his Brompton bike.”
Michael Hogan, The Telegraph

“Tories at War took an arch approach to a saga that long-ago surpassed parody. I like it when filmmakers give us as many snatched, informal asides as they do pieces to camera. It provides texture, verve, three dimensions. The trouble with Brexit documentaries, though, is that by broadcast time they’re ancient history. Here Theresa May was still in power — that feels practically prehistoric.”
Carol Midgley, The Times

“Peaky Blinders has been one of the best dramas the BBC has produced in recent years and, for all the suspension of disbelief it demands of the viewer, the finale was still brilliantly exhilarating.”
Claudia Connell, The Daily Mail

“Peaky Blinders pulled a rabbit from its cap for a stonker of a finale, obviously knowing that Tom Hardy as Alfie Solomons imbues any episode with dark magic. Hardy effortlessly conjuring wit, menace, wisdom and sinister eccentricity. Blinders played a blinder, which was mad, but barely had a dull moment.”
Carol Midgley, The Times