War in the Blood; Gentleman Jack

“The material was given room to breathe, with interviews that probed the subjects gently, but at length. The results made for wrenching viewing” 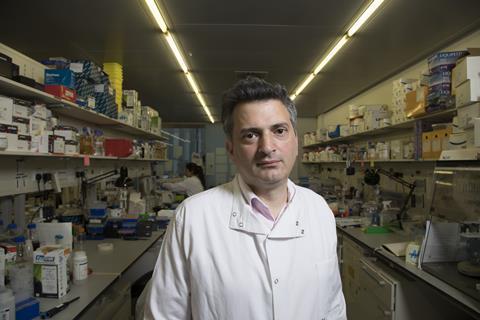 War in the Blood, BBC2

“At an hour and 40 minutes, it was a film that was able to do justice to all its parts. It twined them round each other immaculately, keeping the march of the days and the clinical results clear to the uninitiated viewer without losing sight of the intimacy between everyone involved, or distancing the viewers from Graham or Mahmoud’s experiences, which lay at the heart of everything.”
Lucy Mangan, The Guardian

“Arthur Cary’s approach was contemplative, measured and reminiscent of his very different take on resilience in the face of suffering, the Holocaust documentary The Last Survivors. Again, the material was given room to breathe, with interviews that probed his subjects gently, but at length. The results made for wrenching viewing.”
Gabriel Tate, The Telegraph

“The next time someone boasts to me that they don’t have a TV in their house because ‘it’s all rubbish’, I shall point them to War in the Blood. How could you not want to watch this symphony to human courage, endurance, scientific ambition and genius? Even if it does leave you wrung out with sadness.”
Carol Midgely, The Times

“During the course of a film almost too gruelling to bear at times, we learned things even close friends might not have known about Graham and the programme’s second subject, 18-year-old schoolboy Mahmoud.”
Christopher Stevens, Daily Mail

“The unflinching close-ups of colossal needles and the ravages of disease were hard to watch. Graham’s slow acceptance that it was better to stop fighting, and enjoy his last weeks with his family, was impossibly sad and, at the same time, the most uplifting part of the programme.”
Jeff Robson, The i

“It was a strong last episode, even if it did go a bit Sound of Music as Anne and Miss Walker kissed and the camera panned pointedly to the undulating hills. Oo-er, missus. But it has been a splendidly written, life-affirming series. Even after eight episodes I’m sorry to see it go.”
Carol Midgely, The Times

“If you like your period pieces more opulent, or feel that knotty issues such as parental abuse – as featured in one of the more compelling subplots – or Ann’s self-harm, belong in gritty ‘modern’ drama, this may never be your cup of Yorkshire tea. But for fans of multi-layered writing, top-notch production and a cast that delivers right down the batting order, I suspect the next visit to Shibden can’t come soon enough.”
Jeff Robson, The i

”The conceit? It’s Love Island on a ship. Thassit. If you’ve ever seen Love Island – or absorbed its basics through cultural osmosis – and a ship, you have its essence.”
Lucy Mangan, The Guardian