Your Honor; Why is Covid Killing People of Colour?; DNA Family Secrets

“The jury is still out on whether Your Honor is an American epic to rival Breaking Bad or merely another cliche-drenched character study of a doomed anti-hero.” 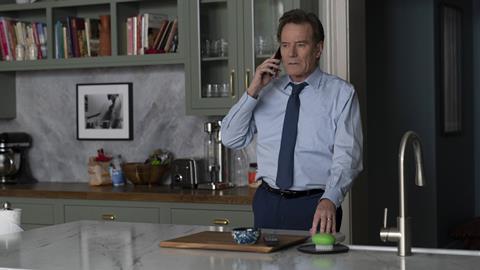 “Eight years since the fall of crystal-meth kingpin Walter White, Bryan Cranston is mining all that stuff again in Your Honor, and for this reason alone it’s a cut above much of the other crime-show silage. It was a strong first episode, although the judge-goes-rogue ending suggested that this could go either way — a bit far-fetched or, if we’re lucky, reaching towards Breaking Bad levels of jeopardy. With Cranston on board, the odds are in its favour.”
James Jackson, The Times

“It’s impossible to watch Your Honor without thinking of Breaking Bad and Cranston’s blistering performance as chemistry teacher-turned-avenging meth lord Walter White. The similarities ran deep in an opening episode heavy on atmosphere but often low on excitement. Cranston is always watchable and brought some of Walter White’s scorched earth intensity as Desiato’s world started to crumble. But after one episode the jury is still out on whether Your Honor is an American epic to rival Breaking Bad or merely another cliche-drenched character study of a doomed anti-hero.”
Ed Power, The Telegraph

“The performances are solid but the show doesn’t give its characters much space to breathe. The mafioso element hinted at a pulpier, and potentially more fun, version of this story but Your Honor played things straight, and ultimately it was draining to watch everyone in it having an unremittingly terrible time.”
Rachel Sigee, The i

“Your Honor is lifted by uniformly great performances. If it weren’t for the shadow of Breaking Bad looming over the whole thing, you wouldn’t think twice.”
Lucy Mangan, The Guardian

Why is Covid Killing People of Colour?, BBC1

“It’s not often you see a presenter ending up so angry by what they find. Ultimately, it veered towards polemic as Harewood suggested that we’re in a ‘pandemic of racism’. This was a film full of damning claims, but its statistics were troubling and require answers.”
James Jackson, The Times

“This was thoughtful, hard-hitting fare. The facts and figures Harewood highlighted were frequently staggering. The narrative occasionally lost its focus on Covid-19 and fanned outwards to wider issues but was no less powerful for it. Harewood was impassioned but impressively measured as he tackled often uncomfortable truths.”
Michael Hogan, The Telegraph

“Harewood was boiling with anger that statistics show black people in Britain have been three times more likely to die from coronavirus than the white population. But he failed to ask the question that is currently most urgent: why are black people, even within the NHS, so much more likely to refuse the vaccine?”
Christopher Stevens, Daily Mail

“There was a slightly strange dynamic whereby each person left the geneticist’s office to tell Dooley their results, only to discover Dooley already knew them and was armed with photographs and further details. Perhaps this was somehow because of social-distancing regulations, but it felt manipulative to ambush subjects with a secondary bundle of information when they were already processing the first. Still, that key component of any family history show, the emotional reunion, was not lessened by being over Zoom and to not be moved watching relatives meeting for the first time, you’d have to be very cynical indeed.”
Rachel Sigee, The i

“Stacey knew the truth, but kept quiet — a manipulation that ITV show Long Lost Family avoids. Instead of breaking bad news to the men off camera, she built the tension to breaking point … and then unleashed the meteorite. Richard took it pretty well, for a man who’s had his world blown apart not once but twice.”
Christopher Stevens, Daily Mail