“Can’t we have a few more like this from now on?” Read on for the full verdict on last night’s TV. 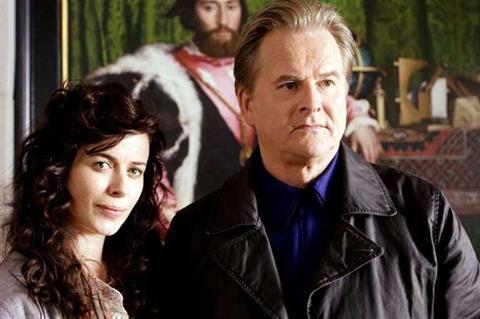 Framed, BBC1
“A cleverly worked out piece of middlebrow infotainment…It should have been on an hour earlier than 8.30pm, though.”
Andrew Billen The Times

Framed, BBC1
“Frank Cottrell Boyce’s adaptation of his own children’s novel was a charming affair, despite containing just about every fish-out-of-water cliché in the book.”
Tim Walker, The Independent

Framed, BBC1
“Ah Wales. The lluscious llandscapes. The gurgling yokels steeped in the ancient rustic wisdom assigned to them by millennia of yawning television drama writers.”
Sarah Dempster, The Guardian

Framed, BBC1
“Can’t we have a few more like this from now on?”
Virginia Blackburn, Daily Express

Warship, Five
“Warship is a corker of a series and I sincerely hope that it will encourage more young men (and women) to join the Navy.”
Virginia Blackburn, Daily Express

WutheringHeights, ITV1
“[Peter] Bowker’s sure hand faltered, when the narrative leapt to the next generation. The transition was abrupt and the final half hour abbreviated almost to incomprehensibility.”
Andrew Billen, The Times