“When they come knocking at the door they’re generally mistaken for Jehovah’s Witnesses.” Read on for the verdict on the weekend’s TV. 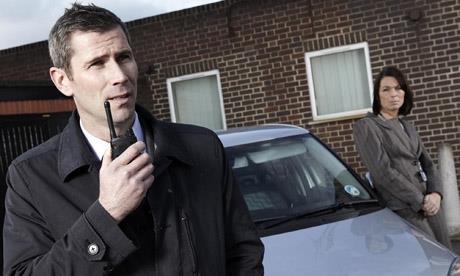 “My interest [in becoming a policeman] had come mainly from cop shows on the telly. Watching Coppers, real police going about real police work, suddenly it doesn’t look so appealing. The CID sounds exciting and means they get to wear suits. But in reality it means that when they come knocking at the door they’re generally mistaken for Jehovah’s Witnesses.”
Sam Wollaston, The Guardian

“Despite Horizon’s best efforts (the film was beautifully shot, innovatively animated and deeply instructive) I still didn’t quite understand everything, at least not well enough to explain it to someone else.”
Alex Hardy, The Times

“These two are less chalk and cheese than you might think…this was a different kind of show to the usual put-two-unalike-people-or-families-together-and-watch-the-sparks-fly format.”
Matt Baylis, Daily Express

“The crude shorthand for [it] would be My Name Is Earl as rewritten by Annie Proulx. My Name Is Earl because Joshua Neale’s sort-of road movie shared a narrative backbone with Greg Garcia’s sitcom about a “guy who does nothing but bad things and then wonders why his life sucks”.
Tom Sutcliffe, The Independent