“Beneath the salacious fun lay a serious and unexplored point…” Read on for the verdict on last night’s TV. 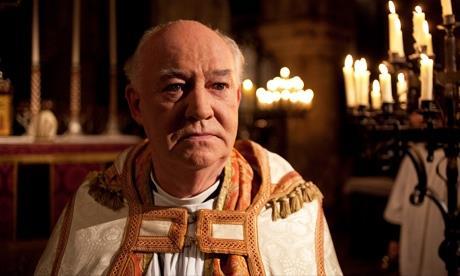 EDWARD VIII: THE PLOT TO TOPPLE A KING, C4

“It did a wonderful job of recreating the intrigue and passion, as the unholy trinity bent circumstances to their will…So well did the programme capture the intensity of it all that as the credits rolled you had to shake your head a little to clear it and recall, with some wonder, that something that seemed to matter so much actually mattered hardly at all.”
Lucy Mangan, The Guardian

“It might have benefitted from a little balancing…[Gordon Lang] deserves a more rounded epitaph than this offering.”
Matt Baylis, Daily Express

“Beneath the salacious fun lay a serious and unexplored point about the perils of having an established Church.”
Andrew Billen, The Times

“The truth is that we’re eight weeks in now and nobody has emerged as a distinctive character…Competence levels might not be notably up on previous series but I think it’s fair to say that idiocy levels have dropped sharply, and that brings with it a matching diminution of memorable moments.”
Tom Sutcliffe, The Independent

“A villain is exactly what this season of The Apprentice lacks.”
Andrew Billen, The Times

“There’s something about the man and his slightly glutinous, wholly infuriating charm that keeps you watching the whole way through.”
Lucy Mangan, The Guardian