“It just charted, in its unsensationalist, unsentimental way, the stories of prostate cancer sufferers.” Read on for the verdict on last night’s TV. 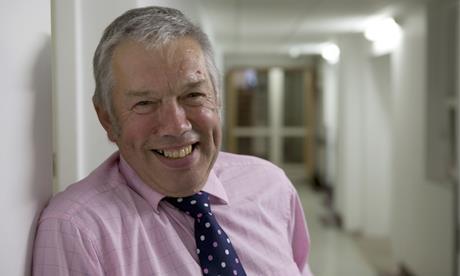 “Horizon was as cheerful this week as I’ve seen it for years.”
Tom Sutcliffe, The Independent

“It just charted, in its unsensationalist, unsentimental way, the stories of prostate cancer sufferers.”
Lucy Mangan, The Guardian

“Yes, the film was occasionally patronising. But much more often we were steered back from disability and towards that affliction that gets us all: the love.”
Alex Hardy, The Times

“If you cut out the crowd-sourcing you cut out the life as well. Henning Wehn managed a couple of good lines, but Graeme Garden and Jason Manford mostly just looked a bit embarrassed.”
Tom Sutcliffe, The Independent

“It was a slightly stiff but thorough programme. Despite the formal constraints, you did sometimes feel the south of literature and lore lapping at your feet.”
Lucy Mangan, The Guardian

“There are definitely times when this is a four-score-draws drama. However, sadly what goes up has to come down and for every moment that hits the jackpot there’s another that comes from the bottom of the BBC drama bin.”
Matt Baylis, Daily Express

“This week a hostelry of that unlikely name was excavated by McGrath and his team. This surprise gave me more reasons to relish this show alongside the boozing and the general relaxed approached to archaeology.”
Matt Baylis, Daily Express