“A very effective blend of slightly erstatz mystery and surreptitious fine-art education.” Read on for the verdict on the weekend’s TV. 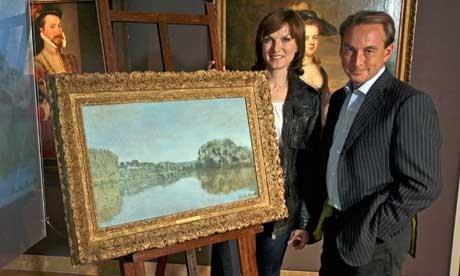 “Fiona Bruce wisely steered clear of the legal tangle and concentrated on the painting, which turned out to have been done by Rembrandt’s apprentice Isaac de Jouderville.”
Matt Baylis, The Daily Express

“As in previous episodes the thing was a very effective blend of slightly erstatz mystery and surreptitious fine-art education.”
Tom Sutcliffe, The Independent

“The writing is famously awful, just a compendium of the Great British cliché…what really stood about it, though, was the lack of commitment from the actors.”
Zoe Williams, The Guardian

“Like all the franchise, Law & Order offers efficiency and consistency and little else. It’s McTV and I am losing my appetite for it.”
Andrew Billen, The Times

Secrets of the Pop Song, BBC 2

“Its unexpectedness made the process fascinating to watch. What stuck out most was the way creativity refused to take a back seat. We became aware that creating a hit involved all sorts of rules not unlike those for churning out toothbrushes or assembling cars on a production line.”
Matt Baylis, The Daily Express

Penn and Teller: Fool Us, ITV1

“As a suspense-cum-talent show idea, it is not good, since when they do unlock the mystery, they don’t share it. Instead they make opaque remarks, to convey to the performer that the game’s up, without telling the audience how anything’s done…it doesn’t so much impart information as make a noise with some words.”
Zoe Williams, The Guardian

“With no light and shade in the baddie’s behaviour, Mildred’s ambivalent responses and constant capitulations are hard to comprehend…It’s hard to keep coming back for yet more tribulations of someone who has no sense at all.”
Zoe Williams, The Guardian

The World’s Most Expensive Paintings, BBC 1

“To describe a Rubens masterpiece as “a total, total knockour!” as he [Sooke] did earlier in the programme, falls some way short of what’s required.”
Tom Sutcliffe, The Independent