“It seems to be a case of people inventing things because they can.” Read on for the verdict on the weekend’s TV. 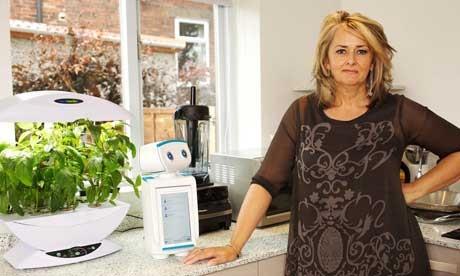 Home of the Future, Channel 4

“Apart from a brief element on home power-generation and a cursory section on research into autonomous vehicles, it seemed far more interested in dubious gizmos.”
Tom Sutcliffe, The Independent

“To be an enemy of progress is plain stupid but so much of the progress being celebrated in this five-part series seems to be a case of people inventing things because they can.”
Matt Baylis, The Express

“It is a format that understands human nature and works with the grain of it, smuggling quite a lot of information about developing-world conditions into what looks like a hobbyist’s travelogue.”
Tom Sutcliffe, The Independent

“Unfortunately the last in the current series took rather a wrong turning with train driver Simon’s trip to the Andes.”
Matt Baylis, The Express

“A refusal, after all that, and on TV, might be too excruciating. It’s already excruciating enough, and cheesy as a fondue. Plus you’d have to be a bit of a knob to want to propose on TV, wouldn’t you? But I did fall for it, found it quite moving even. I think I am a romantic, at heart.”
Sam Wollaston, The Guardian

“The film itself was far from extra special, having been made to the usual C4 template that requires repetitive commentary, unimaginative camera work and perfunctory casting.”
Andrew Billen, The Times

“He doesn’t have the magnetic screen presence of Sarah Lund. Or Birgitte Nyborg. Nor do I feel I’m being sucked into a world of such richness and intense involvement. #MissingDenmarkAlready.”
Sam Wollaston, The Guardian

“BBC4 has, in fact, already shown a couple of episodes of this fishy stinker, and to deservedly little fanfare. Slamming ten of them into our beloved Saturday-night slot could seriously harm the brand.”
Andrew Billen, The Times