“The content is fascinating and timely but the delivery is infuriating.” Read on for the verdict on last night’s TV. 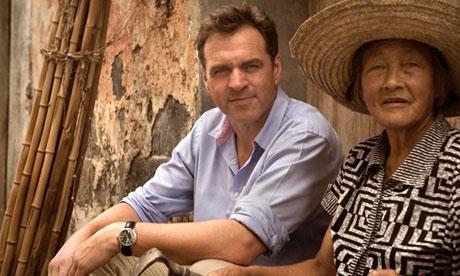 “Is there anybody who can look quite as pleased with himself as Niall Ferguson? The content is fascinating and timely but the delivery is infuriating – oddly confiding and condescending by turns.”
Tom Sutcliffe, The Independent

“Ferguson was less annoying than usual, partly because he had abandoned his usual schtick of taking a deliberately contrarian or counter-factual position, but mainly because the speed of change, combined with the scale and sheer otherness of the country can’t fail to be gripping TV.”
John Crace, The Guardian

“Unfortunately the size of the topic, like the size of the nation itself means that it might take a while for Ferguson to come round to his main argument.”
Matt Baylis, Daily Express

“Ferguson smiled for the cameras. But in the absence of being able to explicitly challenge what he saw, his humour made do as the greatest act of iconoclasm he could commit.”
Alex Hardy, The Times

This World: Interviews Before Execution, BBC2

“The show, a queasy mix of true crime and ostentatious moralising, is a big hit in Henan province. And nobody – not even the criminals themselves – appears to have questioned whether it might just be in bad taste.”
Tom Sutcliffe, The Independent

“The real fascination of the program lay with Ding Yu, the show’s interviewer, who effortlessly switched between being a manipulative diva and a bit of a softie.”
John Crace, The Guardian

“A chilling insight into what TV should or shouldn’t do.”
Alex Hardy, The Times

“It was all a bit too try-hard… but the characters were as rich as ever. Surely it must be possible to make a show with women lead characters without having to make every male a complete dork?”
John Crace, The Guardian

“TV policing has clearly changed a lot since the days of Dixon of Dock Green. Back then the suspect didn’t have to prove their innocence. It was the coppers’ job to prove them guilty.”
Matt Baylis, Daily Express