“This show, full of gags as it is, doesn’t really deserve a label like a sitcom.” Read on for the verdict on last night’s TV. 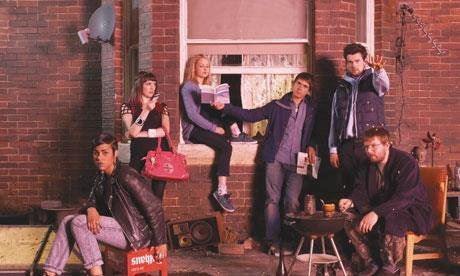 “This show, full of gags as it is, doesn’t really deserve a label like a sitcom. It’s too wise and truthful for that.”
Matt Baylis, Daily Express

“Our host introduced himself as ‘a cook who really like his food’, as opposed, I guess, to one who craves Vesta Curry and its ‘overriding whiff of sawmills.’”
Andrew Billen, The Times

“Despite only just living up to its title and featuring but two deaths, you would have to be very tired of life not to have been tickled by last night’s quite barmy story, the case of the taxman dumped into a vat of cider.”
Andrew Billen, The Times

“It’s as though everyone involved has taken a vow to undermine what little credibility it ever had by turning it into a massive joke. A joke, I suspect, that they enjoy rather more than the viewer.”
John Crace, The Guardian

“For all its intriguing nooks and crannies her story was always going to seem like half a job, having given us a whisper of Eastern promise at the start and never gone back to it.”
Matt Baylis, Daily Express

“This wasn’t Tracey’s fault – she was on her least lairy behaviour throughout; it was just that her past wasn’t particularly interesting for anyone but her. I suspect she felt the same way but was too polite to mention it.”
John Crace, The Guardian

“Tracey didn’t seem to have taken into account her brother’s children or the other family her Turkish-Cypriot father had, which suggested she was thinking of ‘my kind’ in a rather narrow sense.”
Tom Sutcliffe, The Independent

“Neither The Scrubbers nor [Susan] Boyle would be advised to give up the day job.”
Tom Sutcliffe, The Independent