“A corrective to some of the overhyped rhetoric of the last week”. Read on for the verdict on last night’s TV. 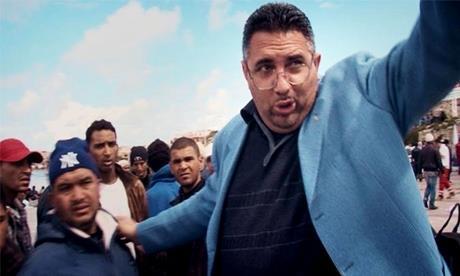 “Worth watching…partly because it gave a prominent place to some of the few brave souls who dare to oppose the pervasive power of the Camorra…But also because it offered a corrective to some of the overhyped rhetoric of the last week in relation to systematic corruption and power elites.”
Tom Sutcliffe, The Independent

“This bold film found a few [ordinary people] fighting back…However the biggest obstacle seemed to be a misplaced public affection for the people ruining their city.”
Matt Baylis, The Daily Express

“If it had a fault it was that it could not make up its mind whether the fight back against the violent Mafia…had begun or whether resistance was futile.”
Andrew Billen, The Times

“What a gem of an episode…the very cream of this country’s entrepreneurial youth, and a chance for them to show what they know…In the background Nick Brewer is doing his cat’s-arse-wince, to show he knows better.”
Sam Wollaston, The Guardian

“For Lord Sugar there is nothing like seeing education humiliated. But, to be fair, from what we saw last night, what these guys got was nothing like an education.”
Andrew Billen, The Times

The Glee Project, Sky One

“The casting people are relentlessly positive about everyone…And I’m thinking some of them are average at best, but what do I know? I also find myself missing Simon Cowell, a bit of British realism.”
Sam Wollaston, The Guardian

“It’s the staff who make the show, excellent at their jobs but full of the bleak humour that comes from spending shift after shift in blood and gore.”
Matt Baylis, The Daily Express

“The programme…has been formatted almost to death, with each storyline cut into baby portions and scattered across the hour, so that everytime it returns you have to be told the whole story all over again…you wonder whether there’s any point in tuning in before the final quarter of an hour.”
Tom Sutcliffe, The Independent