“First episodes are often awkward affairs, and this one didn’t break the rule.” Read on for the verdict on last night’s TV. 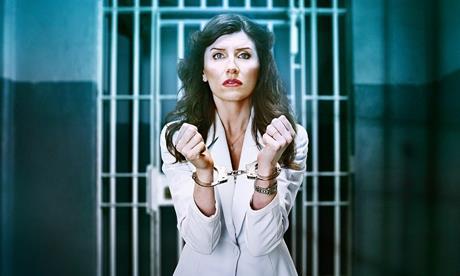 “It is hard to pinpoint exactly why Dead Bosswon’t do. Perhaps the reliance of Horgan and Holly Walsh’s script on stereotypes and its failure to nail Horgan’s character have something to do with it.”
Andrew Billen, The Times

“First episodes are often awkward affairs, and this one didn’t break the rule.”
Tom Sutcliffe, The Independent

THE MEN WHO MADE US FAT, BBC2

“The least palatable additives in Peretti’s film were the obligatory appearances by industry flacks, barely able to convince even themselves that their platitudes about consumer choice and disputed science were true, but spieling them out anyway.”
Tom Sutcliffe, The Independent

“The notion that we can say no to unhealthy foods may be a myth, but it is a useful one. Or am I being a smug thin person?”
Andrew Billen, The Times

“Some of this programme’s contributors seemed to have let the conspiracy theories run wild.”
Matt Baylis, Daily Express