“They’ll be selling DVDs of this one in the Vatican gift shop.” Read on for the verdict on last night’s TV. 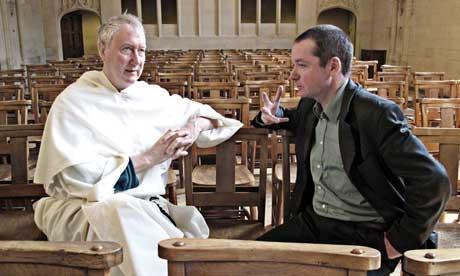 BENEDICT: TRIALS OF A POPE, BBC2

“In the event, it wasn’t anything like a hatchet job, or at least the hatchet was sheathed with a certain amount of human empathy for the rigours of the Pope’s position… Given Dowd’s own feelings, I thought the film was creditably impartial.”
Tom Sutcliffe, The Independent

“[Dowd] is scrupulously fair when it comes to unpicking complex issues… The portrait that emerged from Dowd’s grudging defence was that of a supremely compassionate man with a particular gift for saying the wrong thing at the worst possible time.”
Tim Dowling, The Guardian

“This was a string of photo-opportunities, carefully controlled to preserve the dignity of the subject…They’ll be selling DVDs of this one in the Vatican gift shop.”
Tom Sutcliffe, The Independent

“Overall, it was a compelling glimpse, one that made you feel a little privileged to be invited.”
Tim Dowling, The Guardian