“It ain’t broke. It doesn’t need fixing.” Read on for the verdict on last night’s TV. 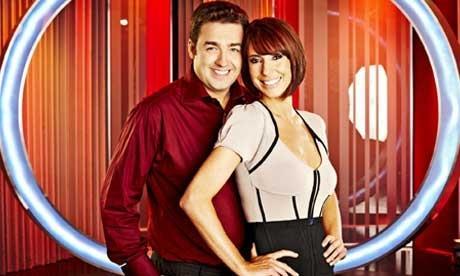 THE ONE SHOW, BBC1

“Chiles and Bleakley brought what you might term a professional amateurism to proceedings – they made it look easy, natural…It is comfort viewing, and Manford and Jones are – or certainly will be very soon – comfortable presenters. It ain’t broke. It doesn’t need fixing.”
Lucy Mangan, The Guardian

“A genuine party atmosphere soon took over…who could not warm to this merry duo? If anything last night the pair were too laid back.”
Andrew Billen, The Times

IN THEIR OWN WORDS, BBC4

“There was something magical about seeing and hearing writers with whom one has only previously had a print relationship… It’s pure gold. Next week’s instalment can’t come soon enough.”
John Crace, The Guardian

“It’s fascinating to learn how other writers operate…the programme was as fascinating for the glimpse it afforded of vanishing conventions as for what the novelists said.”
Brian Viner, The Independent

“In a well-constructed programme, Our Drugs War encapsulated the pointlessness of our involvement in Afghanistan.”
John Crace, The Guardian

“Rupert Penry-Jones turned out to be charm and erudition itself, to say nothing of a very decent chap.”
Virginia Blackburn, Daily Express

“Often promises more than it delivers but this was an interesting edition.”
Brian Viner, The Independent

PANORAMA: DEATH IN THE MED, BBC1

“The bigger questions went unanswered…Predictably the film veered between claim and counter-claim.”
John Crace, The Guardian

HOW DO THEY DO IT? FIVE

“Another incredibly engaging performer was Robert Llewellyn…The feats described were so mind-boggling that it was at times more like watching an action movie than a documentary.”
Virginia Blackburn, Daily Express