“There was something creepingly uncomfortable about the BBC’s public services experiment.” Read on for the verdict on last night’s TV. 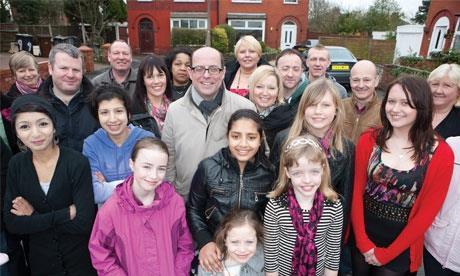 The Street That Cut Everything, BBC1

“The point the programme makes is, nonetheless, salutary. It’s the first piece of popular television I’ve seen that grapples effectively with how such deep cuts will really play out.”
Archie Bland, The Independent

“In the end we didn’t actually learn that much about what councils can and cannot afford or whether they offer good value for money; only that they manage it better than a bunch of 50 amateurs trying to do it on their own.”
John Crace, The Guardian

“Perhaps what it really proved was the social importance of having a council or government to dislike so individuals and communities don’t have to dislike each other.”
Matt Baylis, The Express

“There was something creepingly uncomfortable about the BBC’s public services experiment…it was the fact that the experiment was tainted as it crept too far into the realm of entertainment, resembling in the end as much the year that Big Brother went evil as an attempt to analyse austerity Britain.”
Alex Hardy, The Times

“Cheery as the whole thing was, Ramsay did come across a little patronising in his repetitive, blanket praise of a cuisine he didn’t really seem to know very much about. Heartening, then, to see him try to cook for his guides at the end of the programme – and be met with only the faintest of praise for his efforts.”
Archie Bland, The Independent

“Like their European counterparts, the assembled Vietnamese foodies gave his cooking a lukewarm reception, so his mission wasn’t an unqualified success. Much the same could be said for the programme, which felt like a repeat. Even though it wasn’t.”
John Crace, The Guardian

There’s Something About Josie, Channel 5

“It is an addictive reality show which follows Josie Gibson, winner of last year’s Big Brother, as she handles the demands of stardom.”
Matt Baylis, The Express